5 Things Jimmy Kimmel Will Probably Do at the Oscars

When Jimmy Kimmel takes the stage to host the 89th Academy Awards Feb. 26, there will be quite a few surprises. No one knows for sure which movie will win Best Picture, who will give the best (and worst) acceptance speech or what novelty snack the audience will get. But Kimmel has a penchant for certain bits, so based on his history, a few things seem pretty much guaranteed to happen.

Whether it’s during the live Oscars broadcast itself or an episode of Jimmy Kimmel Live! before or after the show, there’s a good chance the late night host will have several of his usual tricks up his sleeve.

Here are five TIME predictions on what Kimmel will probably do for Hollywood’s biggest night of the year.

1. The feud with Matt Damon will continue.

It wouldn’t be a Kimmel-hosted awards show without a nod to his longest running and arguably best gag of all time: a heated (totally fake) feud with Damon originally inspired by a throwaway joke during a 2005 episode of Live!

Kimmel has seemingly already begun hyping this bit, saying that his only wish for the show is for Damon — who is nominated for his work as a producer on Best Picture contender Manchester by the Sea — to lose. The pair also has a history of playing up their rivalry the night of a big awards show, including the 2010 and 2016 Oscars and the 2016 Emmys. Refresh your memory on the feud’s history here.

2. There will be mention of a certain president.

If the Golden Globes and SAG Awards were any indication of how politically-charged the 2017 awards season is going to be, then the Oscars are sure to be a wild ride. Kimmel has made his views on President Donald Trump pretty clear, frequently poking fun at the President on Live! He even cracked a number of jokes about Trump when he hosted the pre-election 2016 Emmys. A few of Kimmel’s more recent Trump-inspired bits have revolved around the inauguration, the potential U.S.-Mexico border wall and the meaning of “alternative facts.” It’s likely that the Oscars will be no exception.

3. The trailer for the third Movie: The Movie will make its debut

4. Nominees will read mean tweets about themselves.

It’s hard to imagine Kimmel wouldn’t take advantage of the opportunity to have this group of A-listers read the hilarious burns written about them on the Internet aloud for the camera. The late night host has previously aired — among others — Oscars, Super Bowl and Grammys-themed editions of this sketch. This “Mean Tweets” segment would most likely air on an episode of Live! leading up to the show.

5. The Lie Witness News team will be on the scene.

Sometimes it seems like there’s nothing Kimmel enjoys more than sending his Live! team out to interview random people on the street about recent stories in the news — to reveal how way off the responses can be. When asked for their opinions on subjects such as Trump’s Supreme Court nominee, Obama’s third term as president and Clinton’s emails, the interviewees generally offer responses that are both hilarious and cringeworthy, which translates into great television.

With the abundance of buzz surrounding this year’s ceremony, some unsuspecting passerby are almost certainly going to be fielding a Oscars-related questions about movie news that never happened. 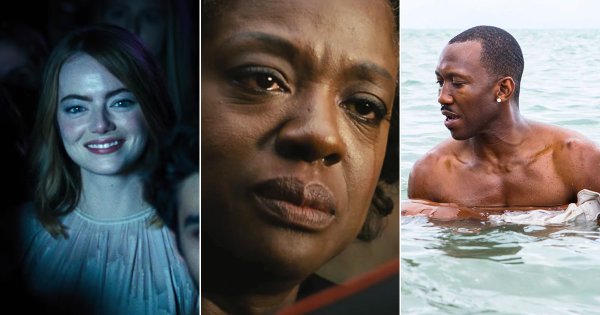 Here's Who Will Win at the 2017 Oscars
Next Up: Editor's Pick