President Trump has repeatedly claimed, without proof, that millions of people voted illegally in the 2016 election. Now he’s identified one potential source for the claim, and he has no proof either.

On Friday morning, Trump tweeted a note of encouragement Friday to Gregg Phillips, a Texas man who has repeatedly claimed that he and a team of people have “verified” that 3 million votes were cast by “non-citizens.”

Phillips has yet to offer any concrete evidence to support his accusation, which has been debunked by multiple independent experts and election officials from both parties. Still, Trump, who lost the popular vote by nearly 3 million votes, has continued to make the claim and asked aides to prepare an executive order to launch a voter fraud probe.

Here’s what we know.

There’s little evidence that voter fraud is a serious problem.

Phillips works on voter fraud.
He used to serve as Texas Deputy Health and Human Services Commissioner and once headed Mississippi’s Human Services Department, according to the Jackson Clarion-Ledger.

Phillips is now behind a mobile app called VoteStand, which allows Americans to report and read about suspected incidents of voter fraud at nearby and national polls.

He is also a board member of True the Vote, a nonpartisan group that grew out of a Tea Party effort in Texas, according to the New York Times.

He won’t release evidence anytime soon.
Phillips told CNN’s New Day on Friday morning that he won’t release any information about his claim about widespread voter fraud but claimed the number of illegal votes is larger than 3 million.

“We believe that it will probably take another few months to get this done,” Phillips said. “We know we have the answer. The number’s actually bigger.”

He did not disclose how he reached the massive number but hinted that early voting returns partially played a role. “We’re doing it as fast as we can,” Phillips said. “You can reach a conclusion and still verify.”

About 30 minutes after the interview, Trump tweeted that he is looking “forward to seeing final results of VoteStand.” 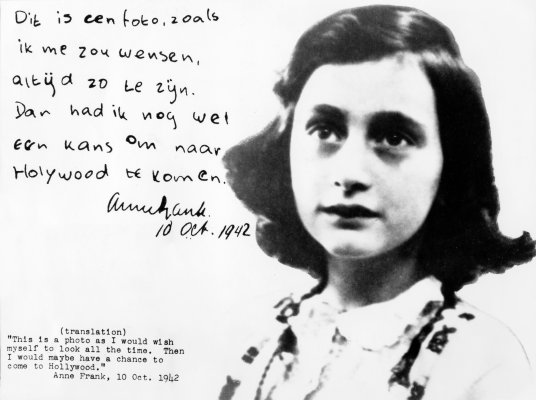 Anne Frank Center Says Donald Trump Is Driving the U.S. 'Off a Moral Cliff'
Next Up: Editor's Pick