With the announcement of the 2017 Oscar nominees this week, the predictions game is officially on. Will La La Land‘s deluge of accolades culminate in a Best Picture win? Will Viola Davis one-up her first Golden Globe with her first Oscar? Though the next month of campaigning could still bolster or batter any given nominee’s chances, Rotten Tomatoes surveyed more than 150 critics to get their take on who will (and should) take home top honors as of today.

Critics, of course don’t vote for Oscars — if they did, then Out of Africa (56% on Rotten Tomatoes), The Greatest Show on Earth (44%) and Around the World in 80 Days (31%) would have to give back their little gold men. But their voices are as good an indication as any of what to expect on Feb. 26 (though as the latest non-Hollywood news reminds us, anything — literally anything — could happen between now and then).

Highlights of the survey include a two-thirds majority predicting that La La Land will triumph, though only 20% think it deserves to. Just over half think La La Land‘s director, Damien Chazelle, will take home top honors, but the jury is hung on the case of Best Actress.

See the full results of the survey below:

Which film will win Best Picture?

Which film should win Best Picture?

Who do you think will win Best Director?

3. Kenneth Lonergan, Manchester by the Sea – 8%

Who do you think will win Best Actor?

Who do you think will win Best Actress?

Who do you think will win Best Supporting Actor?

Who do you think will win Best Supporting Actress?

What do you think will win Best Animated Film?

What do you think will win Best Documentary? 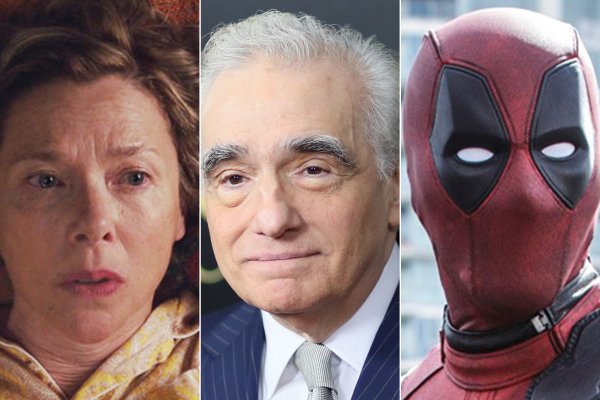 The 20 Biggest Snubs and Surprises of the 2017 Oscar Nominations
Next Up: Editor's Pick