Former Secretary of State John Kerry joined the Women’s March on Washington on Saturday, walking with his dog amid crowds of protesters.

Kerry is the only member of former President Barack Obama‘s Cabinet who has been spotted participating in the march, which comes the day after Donald Trump’s presidential inauguration. Hundreds of thousands of women and men descended on Washington D.C., wearing “pussyhats” and carrying signs that criticized Trump’s rhetoric and policies.

Jen Psaki, who served as White House Communications Director under Obama, had also announced her plans to participate in the march.

“Like many people I was looking for a place to be, and one that would help remind me that there are a lot of other people who share my concerns about the future,” she wrote in a Refinery29 post on Thursday.

Hillary Clinton, who preceded Kerry as Obama’s Secretary of State, voiced her support for the march on social media Saturday morning.

“Thanks for standing, speaking & marching for our values @womensmarch. Important as ever. I truly believe we’re always Stronger Together,” she wrote in a tweet. 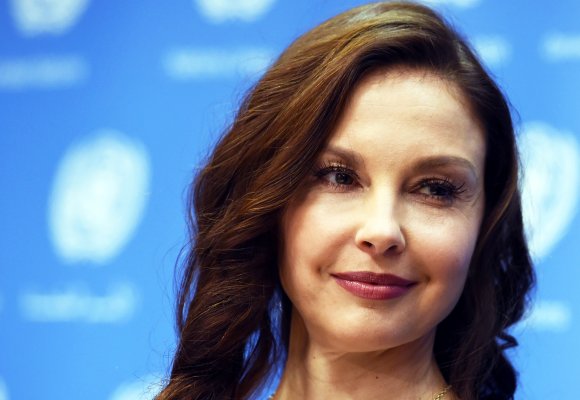 This Is The Poem Ashley Judd Read at the Women's March on Washington
Next Up: Editor's Pick