Donald Trump was sworn in as the 45th President of the United States on Friday morning during his inauguration ceremony.

The oath of office was administered by Supreme Court Chief Justice John Roberts. Following the ceremony, Trump delivered his inaugural speech as rain began to fall over Washington, D.C.

Trump’s remarks recalled the populist message that propelled his campaign.

“Today, we are not merely transferring power from one administration to another, or from one party to another, but we are transferring power from Washington, D.C. and giving it back to you, the people,” Trump said. “The establishment protected itself, but not the citizens of this country. Their victories have not been your victories. Their triumphs have not been your triumphs.” 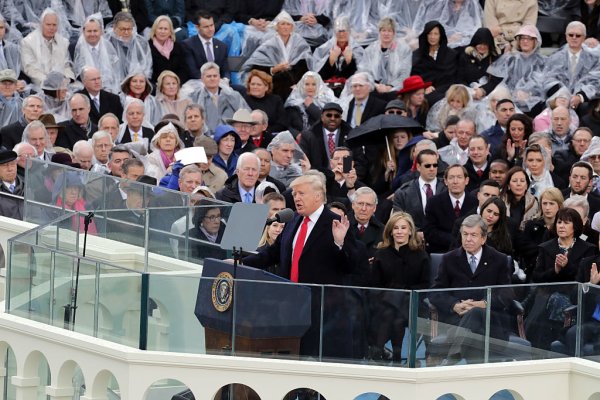 It Started Raining the Moment Donald Trump Was Inaugurated President
Next Up: Editor's Pick