President Barack Obama and First Lady Michelle Obama urged the American people to be a part of building their final legacy—a future presidential center in Chicago—in a new video published Friday, hours before Donald Trump takes over the White House.

The couple began the video, posted on the Obama Foundation’s website, by saying the first items on their agenda as private citizens are resting and spending time with each other.

“First, we’re going to take a little break,” Michelle Obama says. “We’re finally going to get some sleep and take some time to be with our family, and just be still for a little bit. So we might not be online quite as much as you’re used to seeing us.”

But the pair said they’d be working on the future Obama Presidential Center, which will be based in the south side of Chicago with projects all over the world. The facility will “tell the story of the Obama administration, its achievements, challenges and lessons learned,” according to the Obama Foundation’s website.

Barack Obama said it will be a “center for citizenship” and called for Americans to send in their ideas for how to make the project better.

“That’s why we want to hear from you. Tell us what you want this project to be and tell us what’s on your mind,” he said. “As I’ve said many times before, true democracy is a project that’s much bigger than any of us. It’s bigger than any one person, any one president, any one government. It’s a job for all of us.” 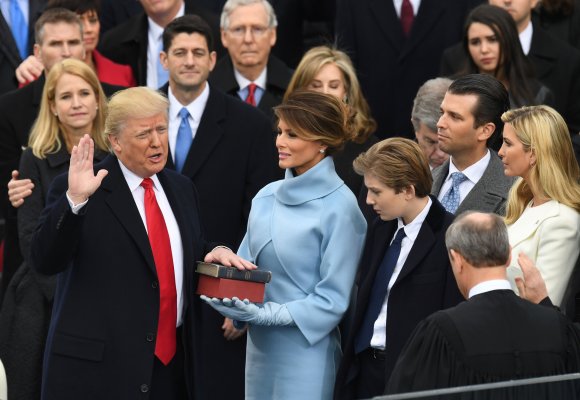 The Trump Era Begins
Next Up: Editor's Pick