New York City’s tabloids, known for their dueling provocative headlines, had the same idea on the day of Donald Trump’s presidential inauguration.

The New York Post and the New York Daily News—both of which chronicled Trump’s life as a real estate mogul and New York City celebrity decades before covering his ascent to the presidency—chose the same headline Friday: “Don of a New Day.” Both publications plastered the headline over similar photos of the president-elect and soon-to-be First Lady Melania Trump at a celebratory concert in front of the Lincoln Memorial on Thursday.

It’s rare that the front pages of the Post and the Daily News sync up exactly. Even when they place the same news on their front page, they usually compete for the most clever headline. 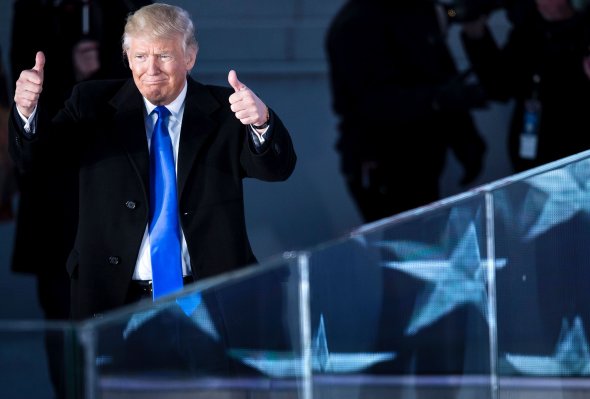