Donald Trump will be inaugurated as president of the United States on Friday, but that’s far from the only event happening this week to mark the country’s transition of power.

Inauguration events started Thursday and will run through the weekend. Some of the festivities will be taking place amid several organized protests, including the Women’s March on Washington, which is expected to draw about 200,000 people on Saturday.

The massive demonstration calls for people to to march in solidarity with “women, immigrants of all statuses, those with diverse religious faiths particularly Muslim, people who identify as LGBTQIA, Native and Indigenous people, Black and Brown people, people with disabilities, the economically impoverished and survivors of sexual assault,” according to its Facebook page. There are also other anti-Trump marches planned in other parts of the U.S. and abroad.

You can watch the inauguration live here on Friday morning.

Here is a full list of all official inauguration events happening over the next few days:

The inauguration ceremony begins at the west front of the Capitol Building with musical performances. Jackie Evancho, a 16-year-old classical singer who became a sensation after finishing in second place on America’s Got Talent in 2010, the Mormon Tabernacle Choir, and the Rockettes will take the stage after many artists turned down requests to entertain at the inauguration. Charlotte Church, Moby, Andrea Bocelli and Ice T. were among those who rejected the offer.

After the ceremony, Congress will host a luncheon in the Capitol. Then, Trump will participate in the presidential procession and inaugural parade on Pennsylvania Avenue. Parade tickets are required for the special viewing areas, although anyone can watch in the general public viewing areas.

Trump, Pence, and their wives will attend three official inaugural balls on Friday evening. Two balls will be held at the Walter E. Washington Convention Center, and the third, the Salute to Our Armed Services Ball, will take place at the National Building Museum. The same night, Planned Parenthood will hold its Pink Ball at the Carol Whitehill Moses Center in D.C.

Trump and Pence will participate in an interfaith prayer service at Washington’s National Cathedral. 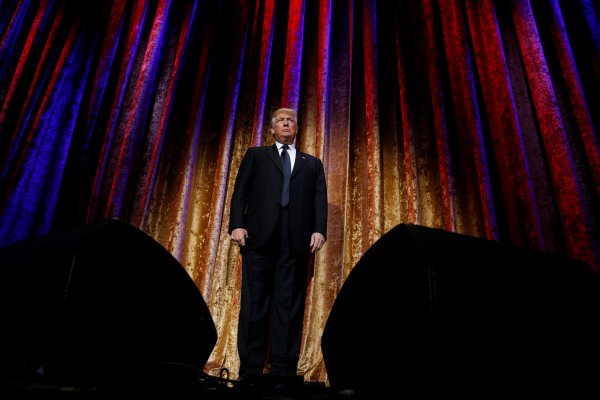