President-elect Donald Trump speaks during a news conference in the lobby of Trump Tower in New York on Jan. 11, 2017.
Evan Vucci—AP
By Eliana Dockterman

The White House Correspondents’ Association tried to assuage worries about the contentious relationship between the press and the incoming Trump administration on Monday morning.

WHCA president Jeff Mason released a statement saying that he met with incoming White House press secretary Sean Spicer to talk about issues of access, where briefings will be held and how Trump will treat reporters.

“We discussed his interest in increasing participation in White House briefings when President-elect Donald Trump takes office,” Mason said in his statement. “That has sparked his team to consider moving daily briefings out of the White House’s James S. Brady Press Briefing Room to a larger facility on the White House complex.”

An Esquire report published Saturday citing “three senior officials on the transition team” said that “a plan to evict the press corps from the White House is under serious consideration by the incoming Trump Administration.”

In terms of Trump’s treatment of the press, Mason added: “I made clear that the WHCA would object, always, to a reporter being thrown out of a briefing or press conference.”

The relationship between Trump and the press has been contentious leading up to his election day. During his first press conference in about six months, Trump berated CNN reporter Jim Acosta at a briefing, accusing the outlet of publishing “fake news” and refusing to answer his question. CNN had reported Tuesday that intelligence officials had briefed Trump on an unverified dossier alleging that the Russian government has compromising information about the President-elect.

“Don’t be rude. No, I’m not going to give you a question. You are fake news,” Trump said before he called on a reporter from Breitbart.

The WHCA said that it hopes the press and the White House can have a “constructive relationship” for the next four years.

Zeke Miller, TIME’s White House Correspondent, is on the board of the WHCA. 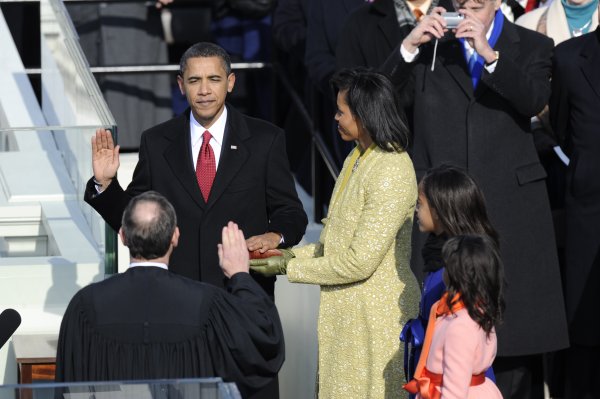 Inaugurations Are About More Than the Oath of Office. Here's How They Got That Way
Next Up: Editor's Pick