Yes, the Oreo Creme Egg Exists — and We Tasted One

After a tumultuous year of innumerable celebrity deaths and unprecedented political divides, 2017 has kicked off with some egg-citing news: the launch of a limited edition Oreo Creme Egg.

The Cadbury Dairy Milk Egg ‘n’ Spoon Oreo is currently available exclusively in the U.K., retailing at £2 ($2.41) for four eggs. But TIME can confirm a similar sugary treat – the Oreo Egg – is soon to be rolled out in the U.S. nationwide. (A similar version has been available in Canada for around a year, according to reports.)

Like most simple pleasures of the 21st century, the Egg ‘n’ Spoon became tainted in controversy soon after its launch was announced. “Cadbury have stolen my idea,” a communications officer from Somerset told his local paper. “[When] I first saw the Oreo Egg on social media… I was a little surprised [and] then a little disappointed because there was no recognition.”

In the interests of research, TIME’s London bureau agreed to seek out the cookie-mixture-filled ovoids of chocolate to give our American readers an idea of what to expect. Here’s our verdict:

1. Appearance
The four milk chocolate egg shells containing a lightly-whipped Oreo mixture come nestled in a purple egg carton, complete with two plastic purple spoons (which you’re recommended to “wash before use”). Selling the eggs within an authentic-looking carton is a nice touch, but using three different materials in the packaging (plastic, cardboard, and foil) feels a little environmentally unfriendly.

2. Taste
Verdicts on taste were generally positive. Europe editor Dan Stewart gave the eggs a rating of eight out of ten, describing their filling as “light and creamy.” World news reporter Tara John also praised their lightness and pronounced them an improvement on the original Creme Egg — an assessment echoed by intern Zamira Rahim, who said they were “better than ordinary Creme Eggs”. However, there was unanimous agreement that the eggs were very rich to the taste, and one was almost certainly enough (which is just as well: one egg is 191 calories).

3. Value for money
At 50p (60 cents) per Egg n’ Spoon egg compared to 30p (36 cents) for one Creme Egg, this treat is only for those willing to splurge. It may also reflect a sign of the times, as many chocolatiers have begun hiking their prices in the U.K. in advance of Britain’s exit from the E.U.

This treat is only for those willing to splurge

A spokesperson for Oreo’s parent company, Mondelez International, confirmed to TIME that a new line of Oreo Eggs will begin rolling out in the U.S. from mid-February, at a suggested price of $0.99.

Correction: This piece originally misstated the connection between Cadbury Dairy Milk Egg’n’Spoon Oreo and Oreo Egg. They are different products. 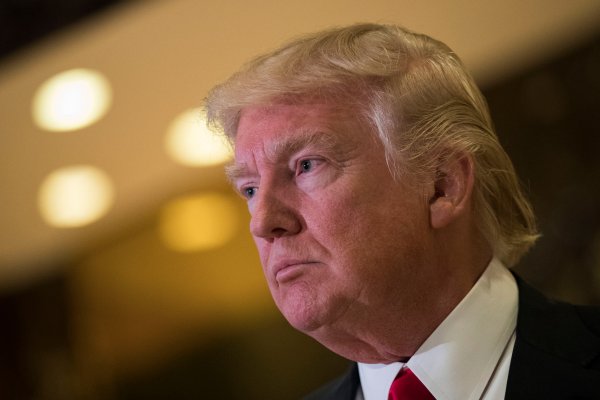 Scottish Newspaper Teases Donald Trump's Inauguration Like It's a Twilight Zone Episode
Next Up: Editor's Pick