Bernie Sanders: FBI Director James Comey's Resignation 'Would Not Be a Bad Thing'

Vermont Sen. Bernie Sanders called FBI Director James Comey’s handling of Hillary Clinton’s emails during the 2016 “outrageous” and said “it would not be a bad thing for the American people if he did step down,” during an interview on ABC’s This Week.

“I think that Comey acted in an outrageous way during the campaign,” he said. “No one can say that this was the decisive and this was what elected [Donald] Trump, but clearly his behavior during the campaign in terms of what he said in the week or two before the election was unacceptable.”

Sanders did not explicitly call for Comey’s resignation, but said the FBI director should consider it. His comment comes as a growing number of Democrats have expressed anger over Comey’s handling of Russian cyberattacks and Clinton’s email investigation. Comey now faces an internal investigation from the Justice Department’s inspector general over whether he and the Justice Department followed established protocol in the email server case.

“I think he should take a hard look at what he has done,” Sanders said. “And I think it would not be a bad thing for the American people if he did step down.” 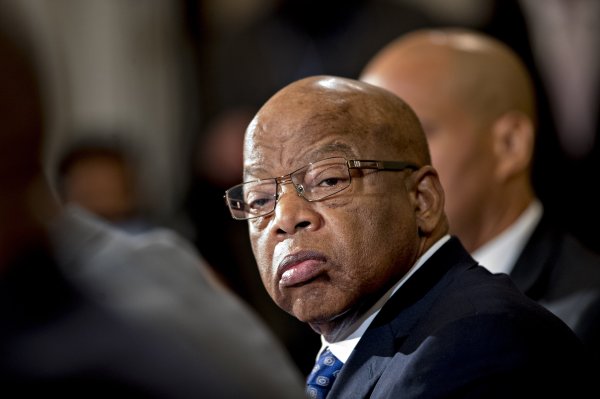 John Lewis: Trump Won't Be Invited to Selma
Next Up: Editor's Pick