President-elect Donald Trump attacked Democratic Congressman and civil rights leader John Lewis on Twitter Saturday morning, after Lewis said Trump was not a “legitimate president” and announced that he would not attend the upcoming inauguration.

“Congressman John Lewis should spend more time on fixing and helping his district, which is in horrible shape and falling apart (not to…… mention crime infested) rather than falsely complaining about the election results.” Donald Trump wrote in tweets on Saturday morning.

“All talk, talk, talk – no action or results. Sad!” Trump said of Lewis, whose activism—which included participating in sit-ins at segregated lunch counters and marching across the Edmund Pettus Bridge in Selma—was instrumental to the progress of the civil rights movement.

Trump’s comments followed the release Friday of part of Lewis’ Meet the Press interview, in which he said he doesn’t think Trump is a “legitimate” president.

“I don’t see this president-elect as a legitimate president,” Lewis said. “I think the Russians participated in helping this man get elected, and they helped destroy the candidacy of Hillary Clinton. I don’t plan to attend the inauguration. It will be the first one that I miss since I’ve been in Congress.” 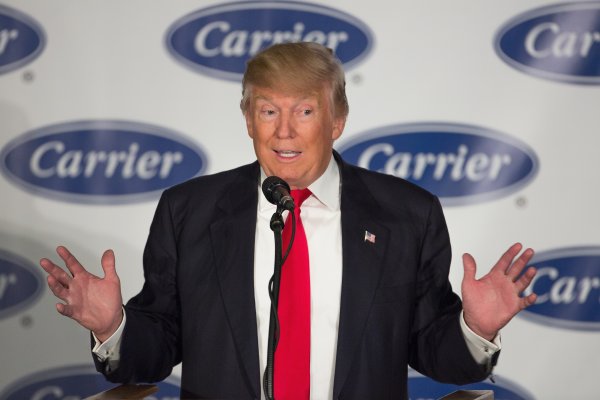