Five people were killed and at least eight were injured in a Friday afternoon shooting at Florida’s Fort Lauderdale–Hollywood International Airport, sparking panic among travelers, who ran out onto the tarmac to escape.

The eight people who were injured are being treated at local hospitals, but the degree of their injuries is still unknown, Broward County Sheriff Scott Israel said in a press conference Friday afternoon.

The suspected gunman was taken into custody unharmed and is being interviewed by law enforcement officers, Israel said, adding that it appears he acted alone, but the investigation is still ongoing.

Israel said it’s too early to say whether terrorism was a factor in the attack, which took place in Terminal 2 in the baggage claim area outside the TSA checkpoint. Despite concern that spread on social media, he said there has been no confirmation of another shooter or gunshots fired in another part of the airport.

Broward County commissioner Chip LaMarca, who was briefed on the airport shooting by Broward Sheriff’s office, told the Associated Press that the shooter arrived in Fort Lauderdale aboard a flight with a gun in a checked bag.

He opened fire on passengers in the baggage claim area before throwing down his weapon and lying spread-eagle on the ground until he was arrested, the AP reported.

Authorities have not released official information about the suspect’s identity. But Florida Sen. Bill Nelson said the gunman was carrying a military ID bearing the name Esteban Santiago, the AP reported. It’s not clear if the military ID belonged to him, but in an interview on CNN, Florida Sen. Marco Rubio also confirmed that name.

Trump tweeted that he was sending prayers to the victims. “Monitoring the terrible situation in Florida,” he wrote. “Just spoke to Governor Scott. Thoughts and prayers for all. Stay safe!”

The airport tweeted just before 2 pm EST that all services have been temporarily suspended, and followed up about an hour later saying the airport will remain closed for an “extended period of time.”

Airport Director Mark Gale said he’s not sure when the airport will resume normal operations.

“In the meantime, as the sheriff has indicated, we’re just going to go step by step methodically through the building before we open up operations,” Gale said at the press conference.

Stephanie Auclair was at the airport with her parents when the shooting occurred. She told PEOPLE, “When you see a bunch of people running toward you, screaming, ‘Shooter! Shooter,’ it stops your heart.” Auclair and her parents hid in the kitchen of an airport restaurant.

Former White House Press Secretary under George W. Bush Ari Fleischer was tweeting from the airport while the shooting occurred, writing, “Shots have been fired. Everyone is running.”

This is a breaking story please check back for more updates. 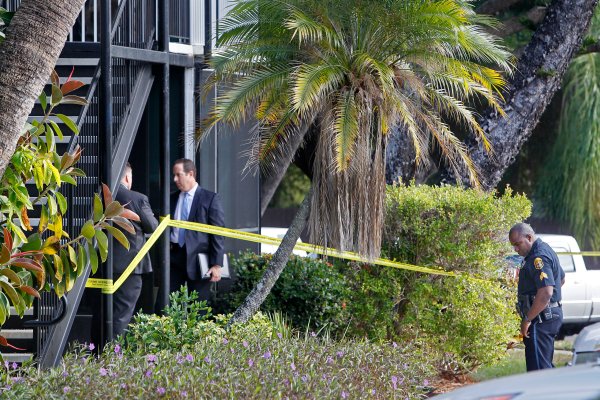 10-Year-Old Florida Boy Fatally Shoots Himself After Being Sent to Room for Timeout
Next Up: Editor's Pick