3 Big Findings Uncovered by the Office of Congressional Ethics

House Republicans on Tuesday reversed course on a vote to gut the Office of Congressional Ethics—an independent watchdog created to investigate allegations of corruption and misconduct by lawmakers.

The office investigates lawmakers but cannot punish them and does not officially determine guilt.

Azerbaijan-funded conference
In 2013, Azerbaijan’s state-owned oil company secretly funded a trip to a conference in Baku for 10 members of Congress, some of their spouses and 32 staff members, the Washington Post reported in 2015, citing a confidential ethics report.

The report accused the State Oil Company of the Azerbaijan Republic of funneling $750,000 through U.S. nonprofit corporations, which falsely told Congress they were sponsoring the conference.

The report found that the legislators and their staff members had received hundreds of thousands of dollars in travel expenses, silk scarves and Azerbaijani rugs. But it determined there was no evidence the lawmakers had known the conference was funded by a foreign government, the Post reported.

The report said Grayson might have allowed one of his House staff members to use official resources for work on his family-run hedge fun. But Grayson denied the accusation and said the staffer was paid separately to work on financial matters outside of the office one day per week.

Grayson denied any wrongdoing, and the House Ethics Committee did not launch a further investigation into the accusations, the Orlando Sentinel reported.

Before agreeing to pay his ex-business partner a $2.9 million settlement from a business dispute, Buchanan tried to get him to sign a legal affidavit that he knew to be false, the New York Times reported, citing the investigation.

Buchanan denied the charges, and a House Ethics Committee cleared Buchanan last year, citing insufficient evidence and concluding a four-year investigation that followed the recommendation of the Office of Congressional Ethics. 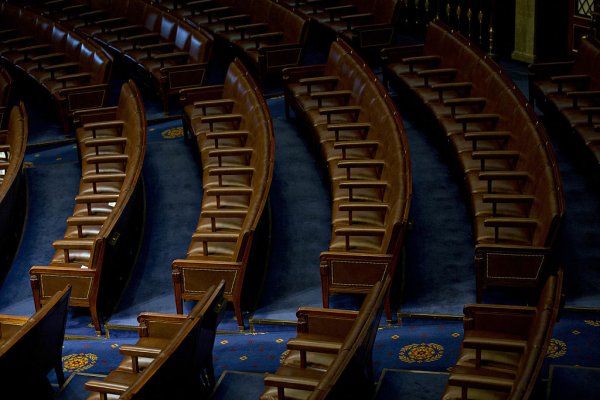 Members of U.S. Congress Are Overwhelmingly Christian
Next Up: Editor's Pick