Someone Changed the Iconic Hollywood Sign to Say 'Hollyweed'

The new year has brought with it a new look for the iconic “Hollywood” sign: The Los Angeles landmark was altered to read “Hollyweed” as of Sunday morning.

The Los Angeles Police Department’s Hollywood division confirmed to a local ABC affiliate that it was aware of the vandalism and had dispatched officers to investigate. Amused onlookers posted photos of the sign on social media. The sign was returned to its normal appearance a few hours later, the Associated Press reported.

Prankster Danny Finegood famously altered the sign with curtains to read “Hollyweed” in 1976, among other word games over the years, such as “Ollywood” to protest Marine Lt. Col. Oliver North during the Iran-Contra hearingsm and “Oil War” during the Persian Gulf War, the L.A. Times reports. Finegood died in 2007. 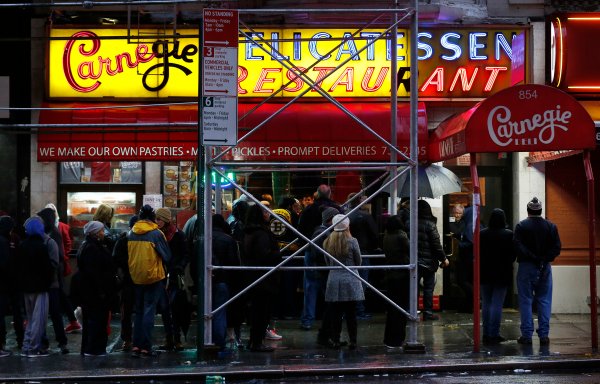 Iconic New York Deli Serves Up Its Last Sandwich
Next Up: Editor's Pick