Carrie Fisher fans across the U.S. are headed to vigils to honor the late actress, who died on Tuesday, with their lightsabers in tow.

In Texas, Alamo Drafthouse Cinema invited “Jedis of all ages” to pay tribute to Fisher, made famous for playing Princess Leia in Star Wars. The theater encouraged fans to dress up as their favorite characters and “bring along as many lightsabers as you own,” in a press release for the vigil.

Outside the Austin theater on Wednesday night, fans raised their lightsabers in tribute to Fisher and her role as Princess Leia.

Alamo Drafthouse Cinema will hold further vigils and screenings of Fisher’s films in theater locations in other parts of Texas, Virginia and Nebraska.

Hundreds of fans poured into Downtown Disney in Anaheim, California on Wednesday for a lightsaber vigil as well, CBS Los Angeles reported. 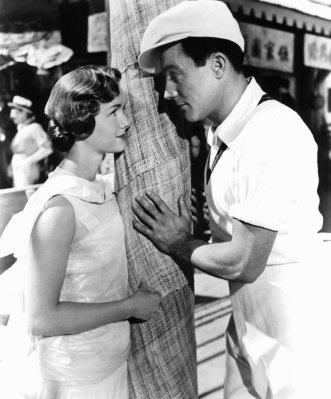 Watch a 19-year-old Debbie Reynolds Outshine Gene Kelly in Singin' in the Rain
Next Up: Editor's Pick