A night out to dinner nearly turned deadly for dozens of customers at a North Carolina restaurant recently, when a malfunctioning heating unit released toxic carbon monoxide gas into the brewpub. An off-duty firefighter recognized the symptoms of carbon monoxide poisoning in himself and other patrons, and helped get people to safety—but without his quick thinking, the situation could have turned out much worse.

Carbon monoxide is an odorless, colorless gas produced when fuel is burned for cars, stoves, lanterns, fireplaces, furnaces, grills, and generators. When it’s released indoors, it can build up and poison people and animals who breathe it.

Every year, more than 400 people die—and more than 20,000 visit emergency rooms—because of unintentional inhalation of the gas, according to the Centers for Disease Control and Prevention. Cases are more common in the winter, when indoor spaces are sealed up and heating systems are turned on.

Breathing in carbon monoxide can cause flu-like symptoms including headaches, dizziness, weakness, vomiting, chest pain, and confusion. It can also make people feel tired or pass out, and can eventually be fatal.

Health.com: 5 Plants That Can Help Purify Indoor Air, According to Science

“People were starting to act a little weird,” firefighter Lonnie Wimmer told local news station Fox 8 after the events at the Tap House. “Heads hurting, people holding their belly going to the bathroom a lot. Some of the adults were acting kind of nauseated, sick.”

Wimmer helped evacuate customers, and about 30 people were treated for their symptoms either on-site or at the hospital. Luckily, “everyone ended up going home at the end of the day,” Assistant Fire Chief Steve Williams told the Daily News. But this scary situation is still a good reminder about the dangers of carbon monoxide in the winter.

“This does happen quite often around this time of year, and the really sad thing is it that it’s so preventable,” says Susan Katz, a nurse practitioner and pediatric injury prevention coordinator at Stony Brook Children’s Hospital in New York. Health spoke with Katz about how to protect yourself from this sneaky, silent killer.

Be sure your home has carbon monoxide detectors. You need them on every level of your house, says Katz, and you should change the batteries twice a year. (When you change your clocks can be a good reminder.)

Don’t run your car in the garage. “Even if the garage door’s open, it’s a bad idea,” says Katz. And if you park your car outdoors, be sure the tailpipe isn’t blocked by snow before starting it up.

Only run generators outdoors. Never run them in or even next to the house. “People think two feet away is enough, but the most recent recommendations say generators should be 25 feet from the house,” says Katz.

Have your heating system serviced once a year. The same goes for your water heater and any other gas-, coal-, or wood-burning appliances. And during and after winter storms, make sure dryer, stove, fireplace, and heater vents are cleared of debris and snow.

Know the symptoms. “Carbon monoxide isn’t irritating and won’t cause difficulty breathing,” says Katz. But dizziness, stomach problems, headache, and drowsiness are all things to look out for—especially if several people start complaining of the same symptoms all at once.

Get to fresh air ASAP. “Get everyone outside right away if your alarm goes off or if you suspect there might be a leak,” says Katz. Most people should start to feel better once the carbon monoxide leaves their system, but those who are at higher risk of complications—including children and older adults—may still need medical attention.

Then call for help. When, and only when, you’re outside and breathing fresh air, call 911 or your local emergency number. “You want to be able to think with a clear head,” says Katz. “The longer you wait to get outside, the higher your risk is of becoming unconscious and not making it out at all.” 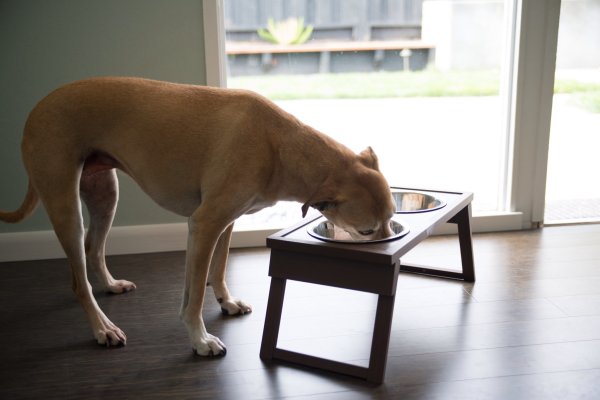 The Dangers in Your Dog’s Canned Food
Next Up: Editor's Pick