Death Penalty Slowly Fading Away Across the U.S.

In 2016, states handed down fewer death sentences than at anytime since capital punishment was reinstated in 1972. The number of executions hit a low not seen in a quarter-century. And for the first time in four decades, opinion polls showed that fewer than half of Americans supported capital punishment.

That’s the state of capital punishment in the U.S. today as captured in a new report from the Death Penalty Information Center. The annual year-end look by the DPIC, which collects data about capital punishment and is critical of how executions are carried out, highlights the continued decline of the death penalty across the country.

Read more: Every Execution in U.S. History in a Single Chart

As capital punishment falls out of favor in many states, the practice is increasingly limited to a few dozen counties in the U.S. The DPIC report finds that the number of jurisdictions that imposed the death penalty fell from 60 counties in 2012 to just 27 in 2016.

Several factors are behind the decline, including the continued problems states have had in the last few years in obtaining drugs to carry out lethal injections. These shortages have led to the use of experimental drug cocktails that have been blamed for several “botched” executions in Ohio, Oklahoma and Arizona.

Dunham also says fewer prosecutors are seeking the death penalty while juries appear to be more hesitant in imposing it. That tracks with a September poll from the Pew Research Center, which found that 49% of respondents said they supported the death penalty for convicted murderers, while 42% opposed it. The level of support was the lowest since the 1970s.

The November elections, however, were a vote of confidence for the death penalty in a handful of states. Faced with a choice to end the death penalty, California voters elected to keep the practice but voted to speed up the appeals process for death row inmates; Nebraska voted to repeal a law passed last year that abolished capital punishment; and Oklahoma chose to place the death penalty in its state constitution, which will protect it from state courts that may be inclined to rule it unconstitutional. 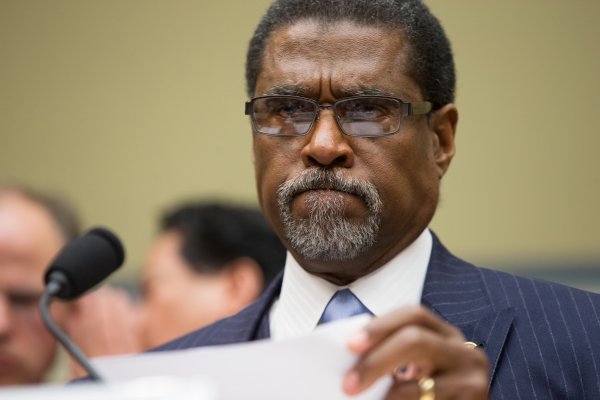 Flint Officials Charged in the City's Water Crisis
Next Up: Editor's Pick