President Obama has begun outlining the role he’ll play in politics after he leaves office next month.

In his annual year-end interview with NPR, the President said he wants to serve as a “coach” for up-and-coming liberal leaders once Donald Trump replaces him in the White House.

“What I am interested in is just developing a whole new generation of talent,”Obama said. “And making sure that whatever resources, credibility, spotlight that I can bring to help them rise up. That’s something that I think I can do well, I think Michelle can do well.”

Obama also criticized suggestions that Democrats should rethink their party’s policies and platform after Hillary Clinton‘s 2016 loss. The president thinks the messaging strategy was flawed, not the message itself. “I don’t think there’s something wrong with the core argument that the Democratic Party has made for years,” he told NPR.

Over the years, he said, Democrats have “ceded too much territory” to Republicans on the local level. After he leaves office, the president also plans to join former Attorney General Eric Holder in leading a redistricting campaign. 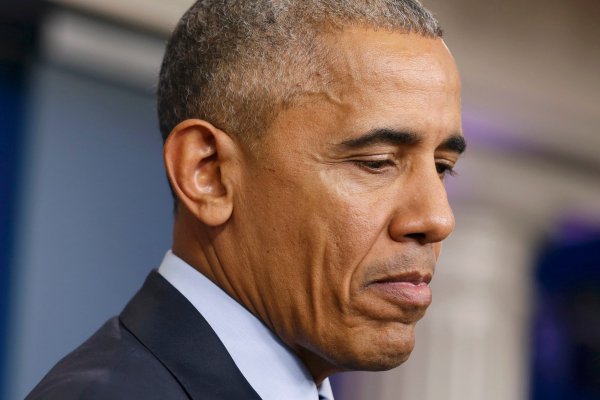 President Obama Says He Feels 'Responsible' for Carnage in Syria
Next Up: Editor's Pick