The Surprising Reasons Why Gingerbread Men Became a Holiday Classic

Ever wonder why “gingerbread men” are shaped like men in the first place? The answer can be traced back hundreds of years at least.

According to Carole Levin, director of the medieval studies program at the University of Nebraska-Lincoln and author of The Reign of Elizabeth I, Queen Elizabeth I’s 16th-century reign was known for elaborate royal dinners that included marzipan shaped like fruit, castles and birds. But the Queen’s retinue also included a royal gingerbread maker.

“She did do a banquet where she had gingerbread men made to represent foreign dignitaries and people in her court,” says Levin.

It was a creative time in history, after all. The English Renaissance was in full swing. William Shakespeare was writing plays, such as the comedy Love’s Labour’s Lost (“An I had but one penny in the world, thou shouldst have it to buy ginger-bread,” the clown Costard quips). But it was also a time of great religious wars, and perhaps the gingerbread dignitaries would have been part of what Levin calls the Queen’s “clever” diplomacy, at a time when Anglican Britain stood opposite Catholic France and Spain.

But the Queen wasn’t the only person eating gingerbread men. Also during this time period, gingerbread men were dished out by folk-medicine practitioners, often described as witches or magicians, who would create them as love tokens for young women. “If they could get the man of their choice to eat the gingerbread man that had been made for them, the idea was the man would then fall in love with the young woman,” Levin says.

So how did they become something to eat around the winter holidays?

“The popularity of gingerbread during the holidays can, at least in part, be attributed to the belief that spices heated you up in the winter,” says Michael Krondl, author of Sweet Invention: A History of Dessert.

Any spices that were added would change over time, as the popularity and availability of spices varied.

Paul Freedman, author of Out of the East: Spices and the Medieval Imagination and a professor of History at Yale University, likewise cites a recipe for “gyngerbrede” in an mid-15th-century English cookbook manuscript, which does not call for ginger. It had chewy, “toffee-like” consistency, sort of like a candy.

Overall, the big gingerbread traditions come from Germany, France, the Netherlands and the British Isles. Some English cooks were using sugar instead of honey by the end of the 16th century and molasses by the mid-17th century. The addition of butter and cream gave rise to the 18th century recipes that “very much” resemble “the modern gingerbread cookies of today,” according to the Oxford Encyclopedia of Food and Drink in America. 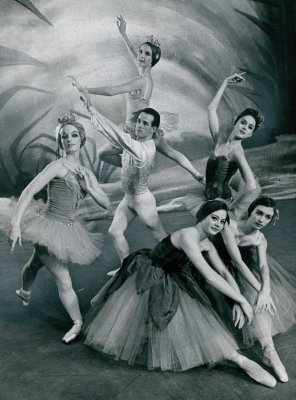 The History That Explains Those ‘Visions of Sugarplums’
Next Up: Editor's Pick