Since Kanye West strode into Trump Tower on Tuesday morning, the Internet has had plenty of reactions — and celebrities are no exception. (The purpose of the meeting between the two who have both publicly praised each other is unknown, but Trump told reporters, “we’ve been friends for a long time.”)

From movie stars to news pundits, celebs had plenty to say about West meeting with president-elect Donald Trump. Some, like comedian Josh Gad, chose to opine on the politics behind the meeting, while others, like Rosie Perez, kept their thoughts succinct. Some, like musician Josh Groban saw the humor in the fact that two of pop culture’s most notorious Twitter users were meeting up.

Actor Sophia Bush saw the Kanye West visit as a distraction from other pressing issues.

While Piers Morgan wanted to make sure everyone knew that the visit was legitimately happening.

Patton Oswalt used his trademark humor in the situation.

Meanwhile, Josh Gad had a more sobering view of the situation.

And Alyssa Milano seemed to be in utter disbelief about the visit.

But Josh Groban is looking forward to seeing possible collaborative tweets between the two. 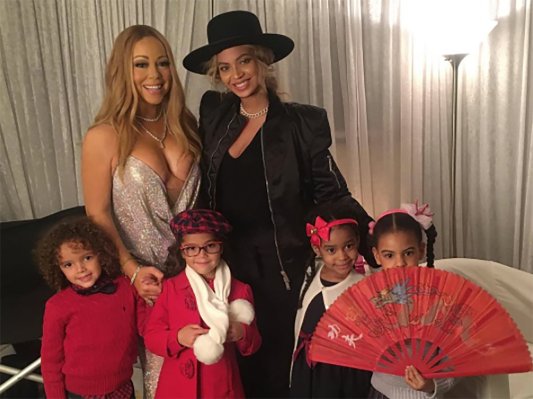 Beyoncé and Mariah Carey's Family Photo With Their Kids Is All the Internet Can Handle Today
Next Up: Editor's Pick