Rep. John Conyers: Donald Trump Is the Next Richard Nixon

Nearly four decades ago, former President Nixon told us that “when the President does it, that means it’s not illegal.” Recently, President-elect Donald Trump echoed those comments when he declared, “The president can’t have a conflict of interest,” a statement that disregards all customs and norms of the modern presidency. As someone who has endured numerous undeclared wars, two presidential impeachments, the attacks of 9/11 and passage of the PATRIOT Act, this mindset causes me to fear that our nation may again be veering towards a constitutional crisis, but with far fewer safeguards than we have had in the past.

As one who experienced the toxic politics of Vietnam and the riots of the 1960’s, I have never witnessed mindless name-calling, insults or demagoguery on the scale or scope of the Trump campaign. Among other things, Trump accused Democrats of “try[ing to] rig the election at the polling booths, where so many cities are corrupt and voter fraud is all too common.” He has intermittently called for a “total and complete shutdown of Muslims entering the United States,” and sought to intimidate the media, promising to “open up our libel laws so when they write purposely negative and horrible and false articles, we can sue them and win lots of money.” During the presidential debates, he told Secretary Hillary Clinton that if he wins “you’d be in jail.”

Not only does such “loose cannon” rhetoric divide our nation, but if acted upon is flatly inconsistent with our Constitution and our values. Throwing around reckless and unsubstantiated accusations of election fraud undermines our democracy, the Voting Rights Act and the 15th Amendment. Banning Muslim entry or creating a registry would violate First Amendment freedom of religion. Legislatively targeting news outlets based on their views would abrogate freedom of press. Promising to lock up political opponents upends long-held notions of fairness and due process. And changing your mind about prosecution after the election does not make things better—it just illustrates a continued misunderstanding of the proper role of federal law enforcement.

The potential threat to our democracy comes at a time when our incoming president will have lost the popular vote by more than 2 million votes and many of the controls and safeguards that allowed our nation to weather prior constitutional storms have been severely weakened. One-party control of Washington means tepid oversight of a Republican President. Our independent judiciary is seen as increasingly politicized in the aftermath of Bush v. Gore and the determination by Senate Republicans to deny President Obama the opportunity to fill a Supreme Court vacancy. The media may well be compromised due to President-elect Trump’s continuing efforts to attack, undermine and humiliate his critics.

This set of circumstances means that if and when we face a constitutional crisis—perhaps Trump’s Administration will have taken actions with respect to a foreign government to benefit his financial interests; or his Attorney General will have secretly authorized unlawful torture or surveillance—we will be operating without our usual institutional or structural safety nets.

There will be no Sam Ervin or Peter Rodino to investigate executive misconduct as there was during Watergate. Nor can we expect a Republican in the mold of Howard Baker to step forward (risking a Tea Party primary challenge the next election), or an Attorney General such as Elliot Richardson to resign rather than participate in a White House cover up. And we can only wonder whether there are any more Woodwards or Bernsteins willing to risk their careers or the solvency of their employer by challenging a Trump Administration.

In the absence of subpoena authority, Democrats must publicly push for accountability. We still have the authority to pursue independent investigations by the GAO and Agency Inspectors General. And we will need to hold our own informal forums and issue minority reports documenting the inevitable abuses. Even if we cannot prevent excesses, our job will be to make sure our citizens are fully aware of what is happening and why.

Of course, in the end, it’s the people themselves who have the most important role in safeguarding our constitutional form of government. I witnessed firsthand how the 1963 March on Washington galvanized the civil rights movement and led to the passage of the Civil Rights Act of 1964. With the party in power typically losing 30 House seats or more during midterm elections, we can’t lose sight of the fact that a more meaningful legislative check may not be that far away.

I truly hope that we can avoid the constitutional abyss. After all, it was Gerald Ford who appointed the esteemed jurist Edward Levi as Attorney General, helping to restore faith in the Justice Department after the stain of Watergate. And it was George H.W. Bush who began his campaign with race baiting against Willie Horton before eventually signing legislation reauthorizing the Voting Rights Act.

Unfortunately, as of yet, we have seen no such meaningful olive branch from Trump—only more angry and unpresidential tweets, more attacks on the press, appointments of divisive figures such as Steve Bannon, Jeff Sessions and Michael Flynn, and an ongoing risk to our nation’s values. 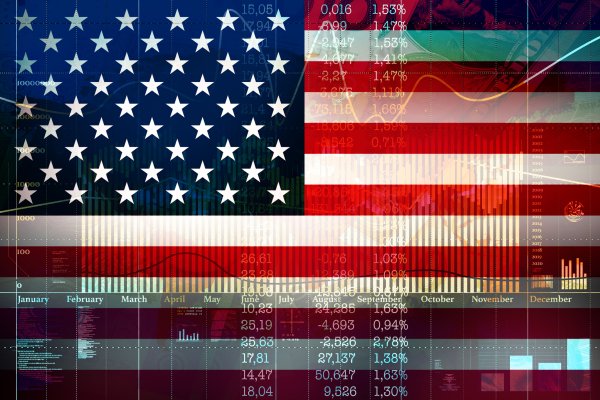