Luna Simone, daughter of John Legend and Chrissy Teigen, is one important baby.

Not only is she the child of the goals-worthy entertainment powerhouse couple, but she also received a personalized gift from none other than President Obama after she was born in April. In a new interview for MR PORTER Magazine, the Darkness and Light musician shared this tidbit on his daughter’s presidential favor.

“It was a little onesie,” Legend told the fashion magazine. “And the President signed a card for her. That was pretty cool.”

Legend and Teigen have been longtime Obama fans and friends, attending their private inauguration afterparty in 2013 and regularly speaking out in favor of the First Couple. (Legend also executive-produced Southside With You, the story of the Obamas’ first date.)

As for any political ambitions of Legend’s own? The activist—he’s devoted to raising awareness about mass incarceration and civil rights issues—played coy, only saying that a presidential run “would be entertaining.”

“I am in politics as far as I’m concerned,” he said of his current approach to contemporary issues. “I speak out about political issues, I fight for legislation that I think is important. I don’t think I have to be in office, or run for office to do that.” 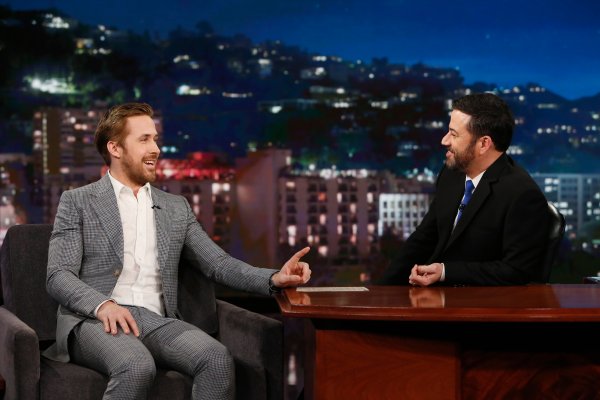