Viewers of the Today show think Hillary Clinton should be named TIME’s Person of the Year for 2016, according to a Today poll still underway.

The shortlist for Person of the Year—which was announced Monday on Today—includes Clinton, President-elect Donald Trump, Olympic gymnast Simone Biles, Russian President Vladimir Putin and Facebook CEO Mark Zuckerberg, among others. The Person of the Year is the person who most influenced the news, for better or for worse.

As of Tuesday morning, 58% of respondents said Clinton should be named Person of the Year. Trump is in second place with 17% of the vote. Biles came in third place.

TIME’s editors choose the Person of the Year, but poll results provide insight into how the world views the contenders.

The 2016 Person of the Year will be unveiled on Today on Wednesday morning, when the news will also be shared on Time.com.

TIME also partnered with TODAY on a Person of the Year Snapchat filter, which can be used on TODAY Plaza in midtown Manhattan, New York. 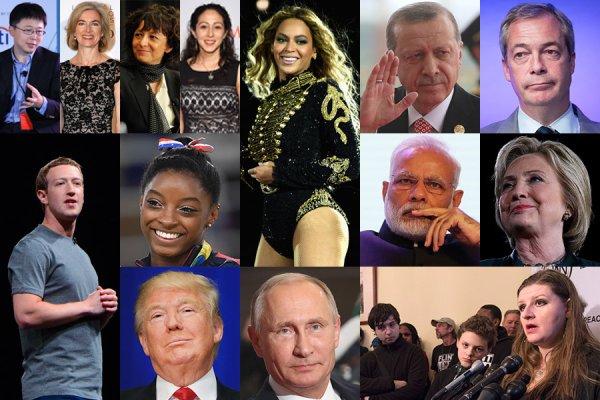 TIME Announces Person of the Year Shortlist
Next Up: Editor's Pick