Out of nowhere, a politician with hard-line views on Muslims, immigrants, labor unions and high taxes, is on the brink of becoming President of a major power — a prospect that has stunned millions of people and shaken up a political scene that only recently seemed highly predictable.

This time it is not Donald Trump that has defied the polls. It is François Fillon, who emerged this week as the most likely next President of France, when the country votes next April and May — a victory that would pivot the country sharply to the right after generations of cherished welfare benefits, entrenched labor standards and often turgid economic growth.

Until two weeks ago, the 62-year-old was such a long shot that few opinion polls even bothered to rank him. Yet last Sunday he won the center-right primaries — by a 2-to-1 margin — obliterating five other candidates along the way. “This is a huge surprise to everyone, and it requires from everyone else a huge adjustment,” says Thierry Arnaud, chief of the political service of France’s BFM Television. “In many ways, the French electorate is saying, Bring us someone new.”

Fillon, in fact, is hardly “new,” having served as Prime Minister between 2007 and 2012 under former President Nicolas Sarkozy, whom he handily crushed in this month’s primary. Yet the sense that this seasoned politician can break years of paralysis reflects just how exasperated the French have grown in the hands of a cloistered group of entrenched politicians — including the deeply unpopular President François Hollande.

“The most important thing in the victory of Fillon is that shock therapy is now possible in France,” says economist Marc Touati, whose new book The End of a World argues that only a drastic overhaul of the country can save it from stagnation. “Fillon will not make everything he says, but even if he does 60% that will be good.”

Fillon, a conservative Catholic from rural France, is no obvious flag bearer for an economic revolution. Yet his campaign promises, if he can power them through, would bring the most far-reaching change to France in generations. He would rein in the lavish social benefits the French have enjoyed for decades and slash a bloated public sector in which about 1 in 10 French work as civil servants. He says his first order of business as President would be to cut 500,000 civil servants, end the 35-hour workweek and cut €50 billion ($53 billion) in corporate taxes and €100 billion in public spending. He also plans to cancel the so-called “wealth tax” — an annual payment, found almost nowhere else in the world, that France levies on high-income residents’ assets, including property and investments.

All that is essential, say economists, in order to bring down France’s huge debt. The country’s public deficit is about 4.7% of its GDP, far above the 3% level it is supposed to stick to, under the E.U.’s rules. “This is very much the same as Trump in the U.S.: Fillon is saying that if we cut public spending and taxes, it will improve growth and unemployment,” Touati says. “It is a gamble on the future.”

For now, the French seem ready to take that risk. The top two candidates advance to a second-round vote on May 7, and all polls say Fillon will almost certainly face off against the far-right National Front leader Marine Le Pen. At that point — or so the pollsters believe — the loyalists of Hollande’s Socialist Party would likely vote for Fillon, rather than risk a far-right President. However, this has been a year of flawed polls, and much could still go awry for Fillon in the five months before the elections.

Hollande, who is expected to announce his re-election bid soon, has seen his approval ratings plummet to a minuscule 4%, and opinion polls say Fillon and Le Pen will easily beat him in the first round — a humiliating wipeout for the ruling Socialist Party. On Tuesday the left-leaning Libération depicted Hollande’s party as a ship about to sink in a stormy sea, with the headline, “The Left-Wing Titanic.” Languishing under the most unpopular President in memory, some of Hollande’s key aides have given up waiting for the hesitant president to declare his intentions. His former Economy Minister Emmanuel Macron has mounted his own political party and is running for President, and Prime Minister Manuel Valls said on Sunday that he too is considering a run for the Élysée Palace.

Yet some pollsters say that after Trump’s victory, they are no longer certain their predictions of a Hollande defeat are entirely reliable. Indeed, Fillon’s victory could bolster Hollande’s chances, since his right-wing views stand in such stark contrast to the President. “The left could consider the danger so big with Fillon that would demolish the social-welfare system, that they would mobilize,” says Bruno Cautres, a political analyst at Sciences Po’s CEVIPOF research institute in Paris. “Then the situation could change.”

For now, the one politician who appears at ease is Le Pen, assured as she is of support from working-class voters — much like Trump. Not surprisingly, Le Pen celebrated Trump’s victory on Twitter even before Hillary Clinton conceded on Nov. 8, and other National Front leaders have pounced on the fact that Fillon backed Clinton, not Trump — a measure, in their minds, that Fillon represents the disconnected elite.

Le Pen is confident of a Trump-like groundswell from those French who, much like in the U.S., feel left behind in an increasingly globalized economy, and abandoned by the well-heeled political set in the capital. “The National Front is by far the biggest party for the working class,” Arnaud says. “Fillon needs to confirm that he is also able to attract the more popular, working-class voters as well.” 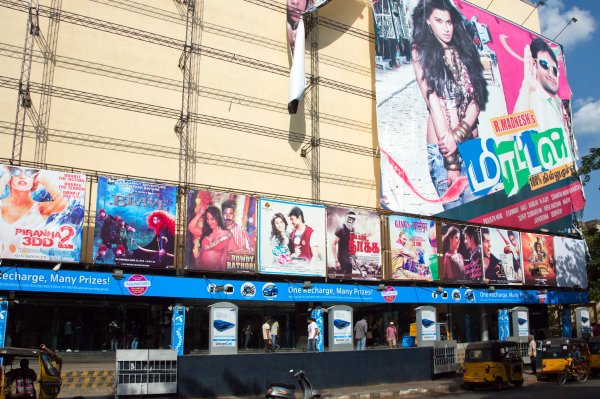