What You Should Know About the Chlorophyll Trend

From chlorophyll pills to cholrophyll energy bars, the green pigment has been showing up in all sorts of products lately. You may remember from high school biology that chlorophyll is essential for photosynthesis, the process plants use to convert sunlight into energy. So why is it suddenly appearing in our foods? Is it really a super-nutrient worth seeking out—or just a passing fad? Here are a few things to know about the chlorophyll craze.

Chlorophyll is touted for a number of perks

Proponents say it detoxifies the body, promotes healing, boosts metabolism, fights bad breath and protects against multiple diseases—and the list goes on. While the evidence behind these claims is largely anecdotal, there is research on some of the benefits of chlorophyll. For example, one 2014 study looked at 38 overweight women who were following a weight-loss plan. The researchers found that over the course of 12 weeks, those who took a chlorophyll supplement once a day lost three additional pounds, on average, compared to those taking a placebo. The women in the chlorophyll group also experienced a greater decrease in LDL (or “bad”) cholesterol, and a reduction in sweet cravings. Other research has suggested that chlorophyll may have antioxidant properties.

It’s worth noting that many of the other studies to date have involved intravenous or topical chlorophyll.

Health.com: What the Heck Is Maca? 4 Things to Know About the Trendy Superfood

There are many unknowns about chlorophyll

Since chlorophyll hasn’t been studied extensively, there’s no established optimal dosage, or a recommended way to consume it. Some of the research has been conducted with compounds derived from chlorophyll, rather than the pigment in its whole form—which means the same results may or may not occur if you have chlorophyll in its natural form.

Supplements may cause side effects

While chlorophyll supplements are considered fairly safe, there are a few interactions you should be aware of. For example, they may increase your sensitivity to sunlight. So you should probably skip them if you’re taking any medications that have the same effect (such as certain antidepressants, antibiotics, antihistamines, blood pressure, and cholesterol meds). There have also been some reports of nausea, digestive problems, and allergic reactions.

Chlorophyll comes in many forms

Chlorophyll is abundant in dark green leafy vegetables (think spinach, kale, and mustard greens), as well as other green produce like Brussels sprouts, broccoli, green bell peppers, asparagus, green cabbage, kiwi, green apples, and herbs like parsley. In other words, you don’t need a special supplement to include chlorophyll in your diet. Simply adding more green plants to your meals will ensure you’re getting plenty of chlorophyll.

Health.com: 6 Ways to Add More Veggies to Your Diet

How you eat your greens makes a difference

Cooking chlorophyll-rich foods, especially for longer lengths of time, seems to lower their chlorophyll levels. Storing them in the freezer for several months can have a similar effect. So to best preserve the chlorophyll content of your greens, eat them raw or use short, light cooking methods, like steaming or low-heat sautéing.

If you do decide to try a new chlorophyll product, be sure to read the ingredient list, and try to steer clear of artificial additives, and potentially risky herbs or stimulants. But most importantly, keep on eating (and drinking) your greens! 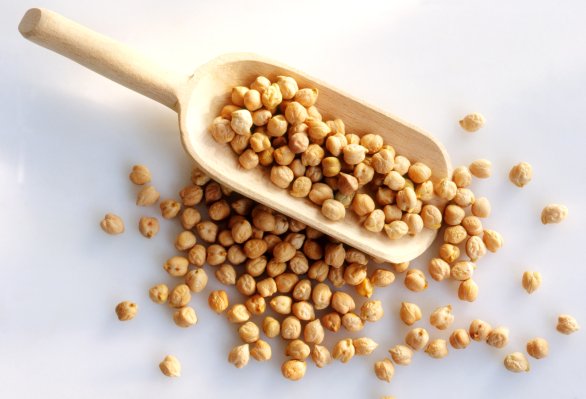 Is Sprouted Food Actually Healthier?
Next Up: Editor's Pick