This Writer Ranked American History's Dirtiest Elections. Here’s What He Says About 2016

There was so much mudslinging in this campaign season it’s hard to find a clean spot on either candidate.

On one side, Donald Trump said Hillary Clinton was a “nasty woman” and called on Russia to hack her emails. During a debate, he argued that she should be jailed. Clinton fired back. She questioned Trump’s state of mind and consistently reminded voters of Trump’s womanizing behavior. She focused on his inexperience and claimed he was too reckless to have the nuclear codes.

But things could always be worse—and they have been, according to Joseph Cummins, author of Anything for a Vote: Dirty Tricks, Cheap Shots and October Surprises in U.S. Presidential Campaigns. The book covers the antics and insults of every election since 1789, when George Washington ran unopposed. Cummins spoke to TIME about where 2016 fits in.

TIME: Is this the worst election in terms of mudslinging?

CUMMINS: In terms of mudslinging, I’d say it’s in the top five of all time. It’s the worst if we go back to 1912—so the worst in about the last 100 years—because of the way the candidates themselves have made charges against each other. But this election has echoes of historical elections. In 1964, for instance, Lyndon B. Johnson and Democrats positioned Barry Goldwater as a lunatic, a clinical paranoid who you wouldn’t want to have his finger anywhere near the nuclear buttons. They’re positioning Donald Trump in that way today.

What were some of the most contentious elections? How does 2016 compare?

The elections of 1800, 1828, 1876, 1928 and 1988. When you consider the language that was being used in the 19th century, we’re seeing a lot of charges being thrown around today that take us back to those early, wild and woolly days of American electioneering. Back then people were “wretches,” “hideous, repulsive vipers,” “cutthroats” and “lunatics.” Compare that to today, where John Boehner called Ted Cruz “Lucifer in the flesh,” and Trump has referred to Hillary Clinton as the devil.

Why did the discourse become more civil over time? And why may it now be reverting?

In the 19th century, people were extraordinarily passionate about elections. The electorate was young. People were involved in political parties early in their teens. Up to 70% of eligible voters were voting. And there was polarization. The Federalists and Republicans of 1800 were just as polarized as the Republicans and the Democrats of 2016. And whenever that happens, where you have two ideologies clashing, you get this type of language. Trump is the catalyst. If Clinton were running against Jeb Bush or Marco Rubio, you wouldn’t see this type of language being used, I don’t think.

Does Trump remind you of any historical candidate?

In terms of candidates saying outrageous things, Teddy Roosevelt was really was the first to do that. In 1912, when he did a third-party run, he called William Howard Taft, who was the sitting president, “a fathead” with “the brains of a guinea pig.” That’s very tough language to use on a sitting president. I think Roosevelt had a lot of other things going for him that Donald Trump may not have going for him. But in terms of bombast, you could argue he was an antecedent to Donald Trump.

Donald Trump brought three women who accused Bill Clinton of sexual impropriety to the second debate. Are there any notable “dirty tricks” along those lines from the past?

One of the simplest attacks in history was from the 1800 election where Federalists said it wasn’t possible to vote for Thomas Jefferson because he had died. It turns out, there was a slave whom Jefferson owned whose name was also Thomas Jefferson. It was the slave who had died. Also, in the election of 1964, Lyndon Johnson had his people writing letters to Dear Abby and Ann Landers claiming they’d be horrified at the thought of a Barry Goldwater presidency. He even put out a children’s coloring book that featured pictures of Goldwater dressed in KKK robes.

Is there anything that you think is particularly interesting, historically speaking, about this election?

This will be the first campaign we will watch on election night to see what kind of concession the defeated candidate makes. At this stage I think that candidate will be Donald Trump. It will be a great moment in American history if he doesn’t step back to concede the election because we will be in uncharted territory. It would be unprecedented. 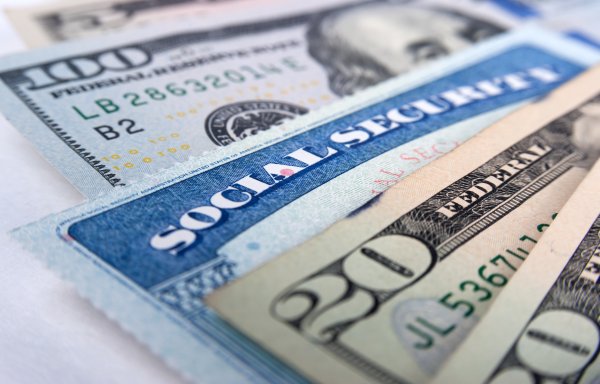 The Next President's Financial Imperative: Fixing Social Security
Next Up: Editor's Pick