This Type of Exercise Can Help Ward Off Alzheimer's

You probably know that exercise is a great way to keep your brain healthy as you age. But now a new study sheds some light on which type of exercise may be especially important for maintaining memory: Lifting light weights twice a week led to improved brain function in older adults, say Australian researchers, suggesting that strength training may help ward off Alzheimer’s disease and other forms of dementia.

The new results come from a study that involved 100 men and women, ages 55 to 86, who had been diagnosed with mild cognitive impairment (MCI)—a precursor to Alzheimer’s disease in which people have noticeably reduced memory or thinking abilities, but are still able to live independently. The participants were divided into groups, and assigned to do either resistance exercises or seated stretching and calisthenics twice a week for six weeks.

Read more: Another Good Reason to Work Up a Sweat

Those who were prescribed the strength-training regimen used a weight machine and worked to at least 80 percent of their peak strength during each session. As they got stronger, the amount of weight they lifted was increased.The study’s primary results, first published in 2014, found that the participants in the strength-training groups made significant improvements on tests to measure cognition. These benefits persisted even 12 months after the supervised exercise sessions ended.That was not the case for people who were assigned seated stretching and calisthenics. Some participants used a computerized brain-training program in addition to following an exercise routine, but researchers found that this didn’t make a difference in their outcomes.

In this new follow-up analysis, the researchers also wrote that MRI scans showed an increase in the size of specific areas of the brain among those who did weight training, and that those brain changes were linked to cognitive improvements.

“The stronger people became, the greater the benefit for their brain,” lead author Yorgi Mavros, PhD, an exercise physiologist at the University of Sydney, said in a press release.

Read more: Exercise Can Lower Risk of Some Cancers by 20%

Because this was a randomized, double-blind trial that compared two forms of exercise—rather than just an observational study—it’s able to show a causal relationship between resistance training and brain functioning in older adults who already have some cognitive problems. A 2012 study from the University of British Columbia also found that resistance training was associated with bigger brain boosts in older women than other types of physical activity, including walking and balance exercises.

These findings could have big implications for the 135 million people forecasted to suffer from dementia worldwide by 2050. “The more we can get people doing resistance training like weight lifting, the more likely we are to have a healthier ageing population,” said Mavros. “The key, however, is to make sure you are doing it frequently, at least twice a week, and at a high intensity.”

Ezriel Kornel, M.D., clinical professor of neurosurgery at Weill Cornell Medical College, agrees that the study results could be valuable for both doctors and patients.

“We’ve known for a while that exercise is probably the most significant factor in maintaining brain health—but this study shows a specific exercise that seems to prevent, or even potentially reverse, memory loss,” Dr. Kornel, who was not involved in the study, told RealSimple.com.

“It’s important that the word get out there that if people want to maintain a healthy brain, they shouldn’t just be doing any exercises—not just running on the treadmill or doing jumping jacks—but you’ve got to do some muscle-resistance training, specifically,” he added.

Read more: Sorry, But Yoga Might Not Count Toward Your Weekly Exercise Goals

Dr. Kornel said it’s not yet known why, exactly, lifting weights provides these added brain benefits. He does note that strength training involves breaking down and repairing muscle tissue, and hypothesizes that it may prompt similar processes in the brain. “Maybe the same chemical reactions that clean up debris as new muscle is being created are also able to clear out debris in the brain,” he says.

The study authors agree that further studies are needed to find the underlying mechanism that links muscle strength, brain growth, and cognitive performance. From there, they hope to determine more detailed exercise recommendations for maximum brain benefits.

Dr. Kornel would also like to see similar research on younger groups of people, as well. “It would be interesting to see whether people who are doing muscle-resistance exercises from an early age have lower rates of dementia, as a group,” he says. 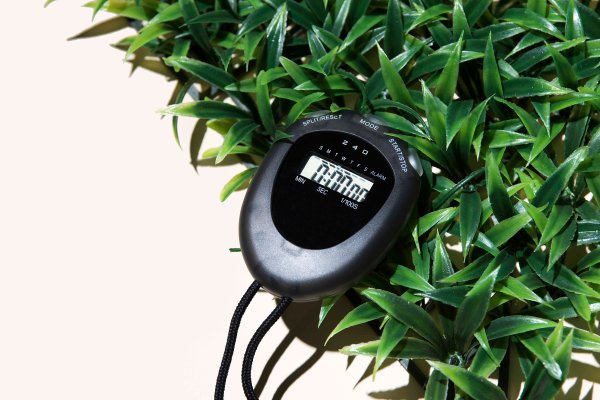 Why You Should Listen to Music When You Work Out
Next Up: Editor's Pick