Steven Yeun on Glenn's Walking Dead Fate: 'Don’t Give That to Anybody Else'

Warning: This post contains spoilers for The Walking Dead.

The season 7 premiere of The Walking Dead shocked fans Sunday night when Negan killed off not one, but two beloved Alexandrians. First Abraham and then — following an unfortunate outburst from Daryl — original group member Glenn.

The gruesome scene was not entirely unexpected, as Glenn also died at the hands of Negan and his razor wire-wrapped bat Lucille in the Walking Dead comic books. However, watching the brutal beatdown play out on TV brought a whole new level of horror to the sequence.

But as it turns out, Steven Yeun — who played the pizza delivery boy turned zombie slayer — wouldn’t have had it any other way. During a live interview on Talking Dead following the episode, the 32-year-old actor revealed he was all for Glenn being Negan’s victim, according to Entertainment Weekly.

After taking an extremely hard hit from Lucille, Glenn still managed to utter a final message to his pregnant wife — “Maggie, I’ll find you” — before Negan finished the job, an ending that Yeun felt was extremely fitting for his character. 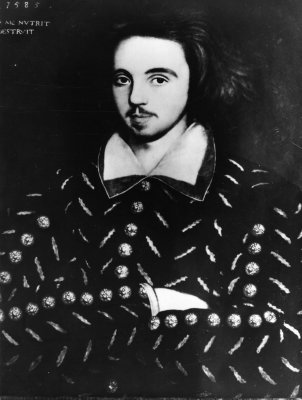 Oxford Is Adding a Co-Credit to Some of William Shakespeare's Plays
Next Up: Editor's Pick