One of the most feared diseases among Americans is Alzheimer’s, according to surveys. It’s also one of the most mysterious. Despite some promising developments in drugs that may one day treat or slow the development of the disease, there’s not yet a sound way to successfully treat it.

One active area of research into dementia, however, doesn’t involve drugs at all—it involves exercise. In a small new study published in the journal Neurology, a walking program was shown to help elderly people who have early cognitive problems.

The researchers gathered 70 people, all around age 74. Each had a mild form of vascular cognitive impairment, the second most common cause of dementia and one that results from damage to the small vessels that feed deep into the brain, says study author Teresa Liu-Ambrose, associate professor in the department of physical therapy at the University of British Columbia in Canada. People often have vascular cognitive impairment without knowing it, Liu-Ambrose says, and when symptoms show themselves, they often affect the ability to plan or stick with a schedule. Because the condition is so covert, researchers required neuroimaging evidence of these small brain lesions for everyone in the study.

The research team assigned everyone to either get aerobic exercise or their usual care for six months. The exercise group walked outside three times a week, gradually ramping up their intensity. Everyone took tests, at the beginning and end of the study, measuring thinking skills, executive function, memory and competence at daily activities.

Though they didn’t see a difference between the two groups in executive function, the researchers saw a modest yet significant improvement in memory in the walking group. People in that group also had better blood pressure and could walk farther and more efficiently in six minutes.

When the groups were measured again six months after the study had ended, the differences between the groups vanished. “Unless you’re doing the exercise, the benefits do diminish,” Liu-Ambrose says.

Exercise may be stimulating the release of proteins that directly benefit the brain. “It helps neuronal survival and growth and generally what we associate with neuroplasticity,” Liu-Ambrose says. Aerobic exercise also improves high blood pressure and other cardiometabolic risk factors, which are closely linked to the development of vascular cognitive impairment, she says.

“We know it’s a very common cause of dementia, yet there are really very few treatments available for vascular cognitive impairment,” she says, adding that studies of pharmaceutical therapies in similar populations have shown comparable results to those of the current study. “Given how exercise has really minimal side effects, as compared to most pharmaceutical treatments, I think it’s a really sensible choice.” 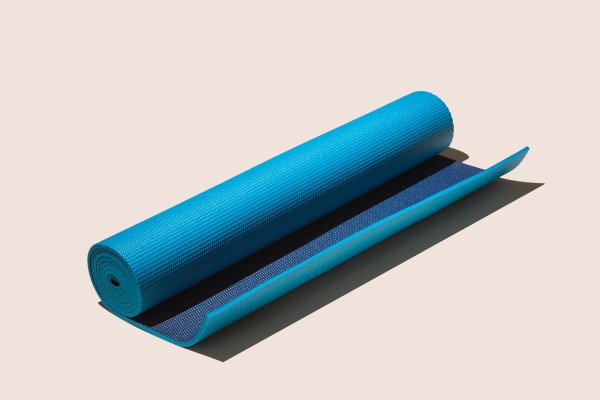 I Tried a Water Yoga Class and Left Feeling Calmer Than Ever
Next Up: Editor's Pick