The Right Way to Take Melatonin Supplements For Sleep

Jet lag always seems to get the best of me when I travel. I’ve tried prescription sleeping pills, well-timed cups of coffee, and even gradually adjusting my sleep schedule in the days leading up to a trip. But I hadn’t used melatonin to help regulate my sleep cycle, so when Sundown Naturals Adult Melatonin Gummies ($10; amazon.com) landed on my desk a few days before a recent trip to Europe, it seemed like fate. I packed a handful in my carry-on, thinking at the very least they’d help me get a few hours of shuteye during the flight. That’s when my love affair began: Unlike sleeping pills, melatonin helped me drift off to sleep easily on the plane, yet didn’t leave me feeling groggy upon arrival. I ended up taking them every night during the trip to help my body clock adjust to the new time zone (with minimal jet lag!); and then, back in New York, to ease into Eastern Time again.

But two weeks later—definitely no longer jet lagged—I still find myself reaching for these gummies before bed. For me, it’s less about falling asleep and more about the quality of my rest. I’ve been snoozing soundly throughout the night and waking up feeling super-refreshed. But is that how you’re supposed to use melatonin? And even though it’s a natural sleep aid, is it possible to become addicted?

Health.com: How Much Sleep Do You Really Need?

The right way to take melatonin

I reached out to Chris Winter, MD, medical director of the Martha Jefferson Hospital Sleep Medicine Center and author of the upcoming book The Sleep Solution, to get his take. The good news, he says, is you won’t become physically addicted to melatonin supplements—at least not in the way you can get addicted to prescription sleeping pills, for example. But that doesn’t mean you should make a nightly habit out of taking them.

“You should give yourself a time limit, such as for four or five days,” he says, adding that they should be taken for a very specific reason, such as during an unusual bout of insomnia or when you’re traveling across time zones. “When that thing has run its course, you should stop.”

The reason for this, Dr. Winter explains, has to do with the way our body’s internal clock functions. When the sun sets and it gets dark outside, this alerts the brain’s pineal gland that it’s almost time to go to sleep. The pineal gland, in turn, begins to secrete melatonin, a hormone that helps regulate the sleep-wake cycle. The next morning, melatonin levels drop, signaling to your body that it’s time to wake up.

Health.com: These Are the Best Pillows for Side Sleepers

“When someone starts taking melatonin for the first time, they’re experiencing a surge of the hormone from the supplement in addition to the natural nighttime secretion they’re already getting from their brain,” he says.

As a short-term fix, melatonin can be helpful for adjusting your internal clock. “It’s a good way to re-create circadian rhythms when they’ve been disrupted,” Dr. Winter says. It starts to become problematic, though, if you take melatonin supplements every single night.

“For chronic melatonin users, your body’s circadian rhythm can get pushed back over time,” he says. “So if your brain was naturally secreting melatonin every evening at 7 p.m., it may start to think it doesn’t need to secrete it until 11 p.m., for example, because that’s when you’ve been taking a melatonin pill.” In other words, you could sabotage the effectiveness of your body’s internal clock.

Health.com: 8 Things That Could Be Keeping You Awake at Night

Some people can also become psychologically dependent on the idea of taking a supplement to fall asleep.

“It’s like a baby blanket,” says Dr. Winter. “It’s not actually curing anything, but if it becomes a habit, people will feel nervous to go to bed without it. They’ll start thinking, ‘I didn’t take melatonin, now I’m going to wake up during the night and feel horrible the next day.’ Then they have anxiety about not being able to sleep.”

And as for that whole sleeping-through-the-night benefit I’ve come to love? Dr. Winters insists it’s better to simply wake up and fall back asleep naturally rather than rely on melatonin. “If you wake up in the middle of the night, you might feel groggy the next day, yes—but that will teach your brain to help you sleep more efficiently the following night.”

Rather than becoming dependent on melatonin to fall asleep, Dr. Winter suggested I start cultivating a routine that supports my body’s circadian rhythm.

“Create a quiet environment around dinnertime,” he says. In other words, I should dim the lights earlier in the evening, turn off the TV (no more post-work binges on Netflix), and enable that “night shift” setting on my iPhone. “This will signal to your brain that it’s time to start producing melatonin, and you’ll fall asleep more easily a few hours later.”

To feel more alert in the morning, he recommended scheduling A.M. workouts and using a “wake-up light” to make my bedroom feel sunnier in the dark winter months. I’ve started using the Philips Wake-Up Light With Colored Sunrise Simulation ($170; amazon.com), which gradually produces natural-looking light a few hours before wake-up time and also functions as an alarm clock with soothing nature sounds.

Most importantly, I’m putting away the melatonin gummies until my next big trip, which happens to be a 20-hour flight to Australia—I’m pretty sure I’ll need them for that. 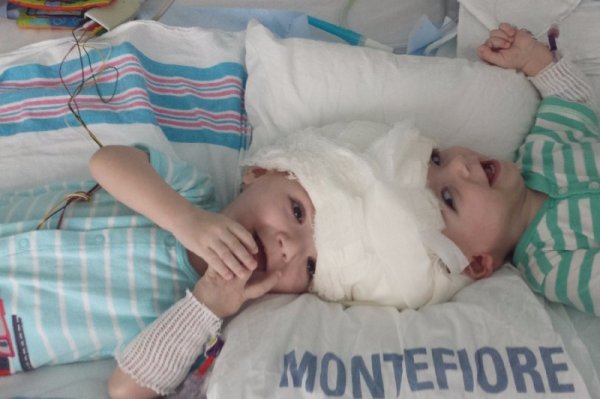