6 Things You Need to Know About Your Immune System

You probably don’t think much about your immune system until you’re willing it to banish a nasty bug. But your immune system does a great job attacking bad-news microbes every single day. That is, as long as you’re supplying the support it needs, says Neil Schachter, MD, a pulmonary disease specialist at the Icahn School of Medicine at Mount Sinai in New York City. There are a host of ways to boost your immunity—from eating apples (they really do keep the doctor away!) to having sex. Here’s a primer to help you stay healthy until spring and beyond.

Women are more likely to have autoimmune diseases

Of the more than 23.5 million Americans living with autoimmune diseases (such as lupus, rheumatoid arthritis, and psoriasis), over three-fourths are women. “Why?” is the billion-dollar question: “We think, based on animal research, that sex hormones like estrogen are responsible,” says Abby Abelson, MD, a rheumatologist at the Cleveland Clinic. “Your body’s immune cells actually have sex hormone receptors that estrogen binds to,” she explains, “and that may trigger inflammation that causes the immune system to go into overdrive.” Women may also have more of a type of B cell that makes autoantibodies that attack the body’s own tissue, per research from National Jewish Health in Denver. There is good news, though: For some of these diseases, symptoms can be milder in women than in men, says Dr. Abelson.

Your gut is linked to your immune system

Actually, about 70 percent of the cells that make up your immune system are located in the lining of your digestive tract. “People don’t realize it, but your GI tract is one way your body gets rid of toxins,” explains Anish Sheth, MD, chief of gastroenterology at the University Medical Center of Princeton. The best tactic for keeping both your immune system and your digestive system in tip-top shape is to eat clean, he says, which means filling up on foods that are low in processed sugar and high in fiber, such as produce and whole grains. This helps foster a healthy microbiome in the gut by promoting the growth of friendly bacteria. Also, talk to your doctor about taking a probiotic. There’s some research suggesting that certain strains (like Lactobacillus GG) enhance immunity.

Sex, stress and sleep all impact your defenses

Sex: Research found that college students who had sex once or twice a week had 30 percent more immunoglobulin A, a blood protein that helps defend against colds, than those who didn’t have sex or who had sex more frequently.

Stress: It not only makes you more susceptible to bugs but also decreases your body’s ability to manage inflammation, according to 2012 research—so you may stay sick longer. When you’re chronically stressed, your body ramps up cortisol production, which can have a negative effect on the immune system, says Dr. Schachter.

Sleep: Clocking fewer than six hours a night left people four times as likely to get sick when exposed to a cold virus as those who got at least seven hours of slumber, per a 2015 study. While you’re snoozing, says Dr. Schachter, T cells that fight viruses increase in the bloodstream.

Immunotherapy is a cancer game changer

Clinical trials have shown its effectiveness in treating forms of melanoma, lymphoma, and lung cancer—and it’s being heralded as the biggest breakthrough since chemotherapy. But unlike chemotherapy, which uses drugs to kill cancer cells, immunotherapy harnesses a person’s own immune system to fight off disease. “Your immune system has ‘on’ and ‘off’ switches. When it’s turned on, it mobilizes certain cells, like T cells, to recognize and attack something that doesn’t belong there, like cancer cells,” explains Padmanee Sharma, MD, an oncologist at MD Anderson Cancer Center in Houston. “But when it turns off, it’s no longer able to kill cancer cells.” A promising type of immunotherapy, called immune checkpoint therapy, blocks the “off” signal so your body has more time to mount its own defense. Not everyone responds to it, though, says Dr. Sharma, and research on its effectiveness for other cancers is still in its infancy. But as treatments are developed, immunotherapy may offer new hope to the 1.6 million people diagnosed with cancer every year.

You know the flu shot is the number-one way to protect yourself from the virus that can leave you feeling like you’ve been rammed by a bus for up to two weeks. But what you may not know is that it’s ideal to get jabbed in the morning. A recent U.K. study found that, compared with folks who got immunized between 3 p.m. and 5 p.m., people who received shots between 9 a.m. and 11 a.m. had significantly higher levels of the antibodies for two flu strains one month later. It may have to do with the natural daily cycle of immune cells. So, if you can, head to the clinic early.

Some foods can help boost your immunity

These immune boosters aren’t just old wives’ tales—they have solid research behind them.

Garlic: People who took garlic supplements during a three-month period had fewer colds than those who took a placebo, according to a 2014 study. Another study found a 30 percent reduction in the risk of colon cancer among people who ate a lot of raw or cooked garlic.

Alcohol: Research suggests that moderate drinking (usually defined as one drink a day for women) helps the immune system. But binge drinking is different: Adults who downed five vodka shots had drops in disease-fighting white blood cells within hours, a 2015 study found.

Apples: The fruit is rich in soluble fiber, a substance that seems to improve immunity, per a University of Illinois study. Researchers found that mice given this type of fiber got half as sick as mice that weren’t given any; and they recovered 50 percent faster.

Chicken soup: It contains carnosine, an amino acid compound that helps your body fight off flu in the early stages, says a study in the American Journal of Therapeutics. Other research has shown that the homemade kind has a mild anti-inflammatory effect. 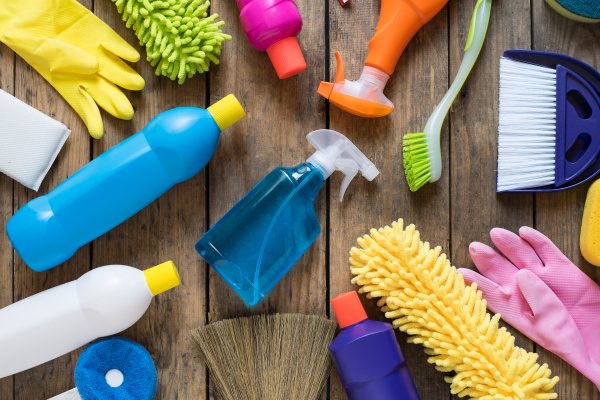