Can You Spot All the Celeb Cameos in Maroon 5's Bizarre 'Don't Wanna Know' Music Video?

The video, which was directed by David Dobkin (who also helmed the group’s wedding crashing “Sugar” video) features frontman Adam Levine dressed up as a sort of bug and dealing with heartbreak over a fellow Pokemon who’s played by Sarah Silverman.

Celebrity cameos abound, featuring everyone from The Office‘s Ed Helms to Vince Vaughn, as stars-cum-Pokemon who are being chased by humans looking to “catch” them with their smartphones. Absent from the star-studded lineup is Lamar, whose part in the song is not a part of the video.

Is this video a bizarre, sly nod to society’s obsession with celebrity in the social media age? Or is it just some light-hearted fun at the expense of the viral app? Who knows — but one thing is clear, with the celebs in “Don’t Wanna Know,” you’ve just gotta catch them all. 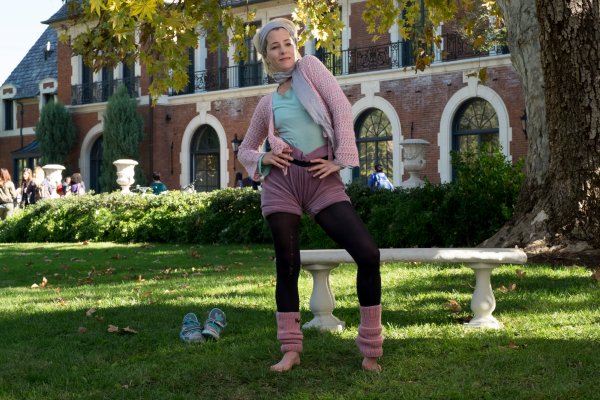 Mascots and the Very Serious Business of Making a Christopher Guest Movie
Next Up: Editor's Pick