American farmers have purposefully poured out more than 43 million gallons’ worth of milk due to an excessively abundant supply of the dairy product in the county.

The farmers dumped the milk in fields and manure lagoons or used it as animal feed, in the first eight months of 2016, according to the Wall Street Journal, which cited data from the U.S. Department of Agriculture. The massive amount of milk—enough to fill 66 Olympic swimming pools—is the most wasted in at least the last 16 years, according to the newspaper.

Read More: Why Millions of Gallons of Milk Are Being Thrown Out

The U.S. has been dealing with an enormous milk and cheese glut. It prompted the USDA on Tuesday to offer to buy $20 million of cheddar cheese to reduce a private cheese surplus that has “reached record levels,” the department said in a news release.

The excess follows a shortage in the country two years ago which led dairy producers to expand their operations.

Market prices for milk have plunged 36% on average since prices hit records in 2014, according to the WSJ. 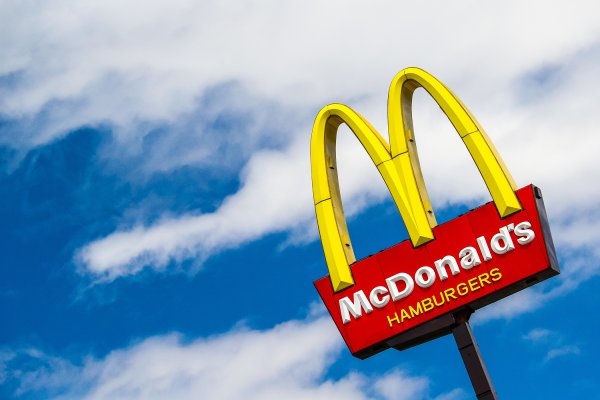 McDonald's Is Testing Breakfast Happy Meals
Next Up: Editor's Pick