The 24-year-old actor, who was broadcasting the demonstration on Facebook, said in the video that she was being arrested and showed herself being stopped by police on Monday.

“I don’t know if you guys just heard me, but I was walking back to my RV, which is right there so that we can go back to camp peacefully and they grabbed me by my jacket and they said that I was not allowed to continue,” Woodley said in the video. “And they had giant guns and batons and zip ties and they’re not letting me go.”

The video shows a police officer telling Woodley she will be arrested for criminal trespassing. Morton County Police did not immediately comment on the matter other than to confirm Woodley’s arrest.

In the video, which ended with Woodley being taken away by police, the actor asked if she was arrested because she’s famous. The police officer said that she was “identified.”

Woodley was among several demonstrators protesting the building of the Dakota Access Pipeline. Activists argue that if the pipeline is built, it will cut through the Standing Rock Sioux tribe’s ancestral lands and, additionally, run through the tribe’s only water source. 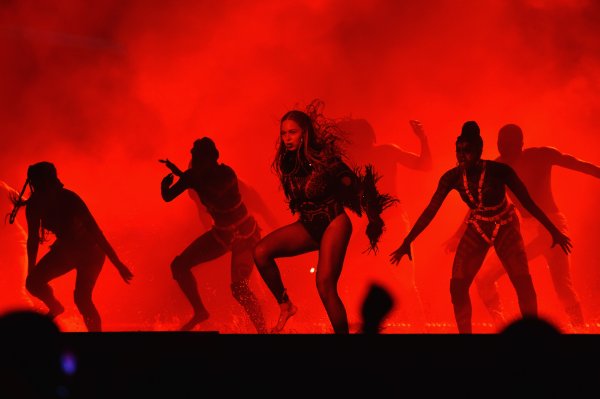 11 People Who Flawlessly Paid Tribute to Beyoncé by Recreating Her Videos
Next Up: Editor's Pick