Nine policemen were killed Sunday in what appears to have been a coordinated attack on three border posts in western Burma, officially known as Myanmar.

Police told the BBC that members of the Rohingya ethnic group, a stateless Muslim minority that lives primarily in Burma’s western Arakan state, which borders Bangladesh, carried out the attacks.

Several of the assailants were also killed on Sunday, an official in the state’s Maungdaw township told the BBC’s Burmese service.

The attackers were reportedly armed with knives and homemade slingshots.

At a press conference in the capital Naypyidaw on Sunday, police general Zaw Win reportedly said the attackers declared that they were Rohingya.

Agence France-Presse reported that a senior official in Arakan state, Tin Maung Swe, said the attack was carried out by the Rohingya Solidarity Organization, a small militant group that was active in the 1980s and 1990s.

The group has reportedly been dormant in the decades since.

The state of Arakan, also known as Rakhine, was the site of deadly intercommunal riots between Buddhists and Muslims that began in 2012. The violence left about 100 people dead, and displaced some 140,000 others, most of them from the persecuted Rohingya minority. 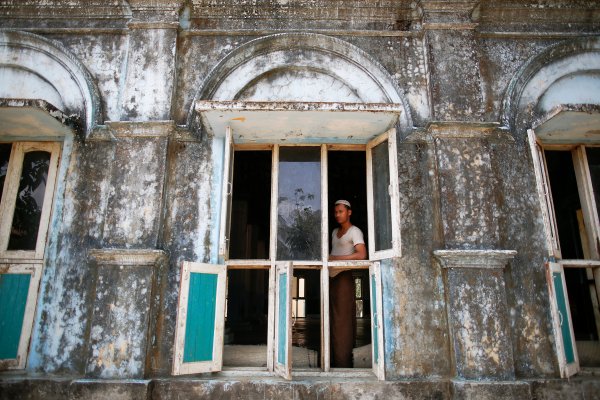 Muslim Structures Are Being Threatened With Demolition in Burma
Next Up: Editor's Pick