Columbus Day, Indigenous Peoples Day and the Problem With 'Discovery'

As the U.S. celebrates Columbus Day on Monday, many locations will be celebrating a parallel but very different day: Indigenous Peoples Day. The idea of a holiday to celebrate the people who lived in the Americas before Christopher Columbus ever set foot there got its start in the 1970s, and became reality in 1992 in Berkeley, Calif., just as much of the world was celebrating the 500th anniversary of Columbus’ fateful journey.

“[Columbus] was one of the first Europeans to get to the American continent, but there was a lot of history that came after that in terms of the wiping out of native people,” the then-mayor of Berkeley told TIME in 2014.

The idea that Columbus could have “discovered” a region that was already inhabited is one of the subjects dissected in the recent book “All the Real Indians Died Off” and 20 Other Myths About Native Americans by Roxanne Dunbar-Ortiz and Dina Gilio-Whitaker. Ahead of the holiday, Dunbar-Ortiz spoke to TIME about how the idea of discovery, as represented by Christopher Columbus, had reverberations throughout the world—and why people have recently started to see it in a new light.

TIME: Why is the myth that Columbus ‘discovered’ America so important?

DUNBAR-ORTIZ: It’s probably the most important myth to deal with because it goes to the core of the contradiction between the national narrative, the United States origin story of a democratic republic being born out of opposition to empire and starting something new in the world, [and that] within 20 years or 25 years of independence the United States Supreme Court was invoking the doctrine of discovery as law.

What is the doctrine of discovery?

The doctrine of discovery is equal to Columbus. Columbus, the discoverer, [led to] the Papal Bull from 1493 that declared that Spain owned every inch of the Western Hemisphere and all the people contained within it had no longer any rights to their land. It belonged to the king and queen of Spain.

That somewhat presumptuous and arrogant Papal Bull became the basis of European international law. The Supreme Court of the United States—in a decision about the Cherokee Nation, whether or not they had the right to sovereignty and the right to kick out illegal white settlers squatting on their land—said they had the right to kick them out but ultimately the doctrine of discovery allows the United States to do anything it wants with that land. So it’s a serious matter, not just a caricature of a mercenary who thought he was going to Indonesia.

And this leads to the idea that the person who discovers something has a claim to it.

Right. And with the Reformation [in the 1500s and 1600s] there was the breakdown of the Holy Roman Empire in England and the Netherlands and part of France. There are these wars of the Reformation, and these countries that are no longer under the rule of the Pope, they adopt that law. They say, ‘This applies to us too.’ One of the resolutions of the wars of religion was the Holy Roman Empire to concede that Protestant kingdoms can also have that right. That was the basis of international law, to arbitrate these conflicts among Europeans with no protection whatsoever for all the native peoples concerned.

Do we have any records of how they talked about, or rationalized, the fact that they knew there were already people in those places?

Well, it’s a long pre-history of Columbus. We always see [1492] as the beginning of an era of exploration, but actually it was the end of the first era of European exploration that led up to this international law. That was the six centuries of the crusades of the Holy Roman Empire, after the founding of Islam in the 6th Century. Those bloody campaigns built the basis for the dehumanization of the other, and particularly the darker other. It was the beginning of white supremacy at the same time, because of dehumanizing the so-called enemy, the adversary. This is particularly pointed in the Iberian Peninsula. When Columbus sailed out of the harbor of Seville on his first voyage that ended up in the Western hemisphere, another ship was leaving loaded up with rounded up Jews to deport. Two years later they deported all of the Muslims.

Is the myth of discovery breaking down at all?

It’s definitely breaking down. Of course native people have been calling for the end of celebrating Columbus ever since it was instituted, and when they had any voice in the 20th century this was one thing that had to go. When it was made into a federal holiday under FDR, ever since then it’s been protested, but for the general population it’s always been a very popular holiday. But on the 500-year anniversary, in 1992, after 30 years of intense renaissance of native resistance—Alcatraz and Wounded Knee and changing laws and getting the Self-Determination Act—it all bubbled up to a critical mass.

Spain and Portugal decided to go all out, and the Reagan administration got in the act of supporting it, to make the quincentenary a great celebration, and they put huge amounts of money into it. It all flopped because it brought demonstrations in every nook and corner of the world against this. It amazed even those of us who’d been working at it for a long time. You never know with the groundwork you’re doing whether nothing will come of it or it’ll just click. [There is] also a huge movement that has taken off to keep that holiday and rename it Indigenous Peoples Day. The movement is now positive. It’s not anti-Columbus but actively celebrating indigenous peoples. 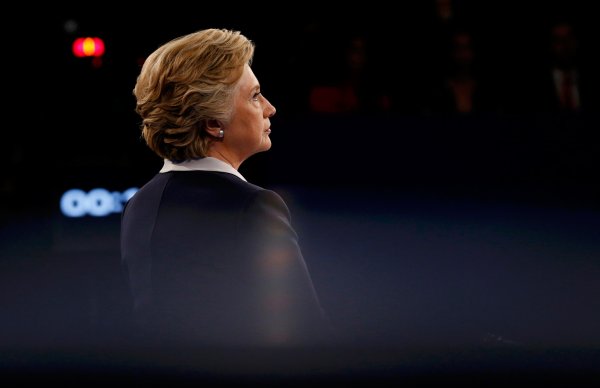 Here's the History Behind Hillary Clinton's Abraham Lincoln Defense at the Debate
Next Up: Editor's Pick