If you haven’t already gone gluten-free, I bet you’ve at least thought about it. Roughly one-third of Americans say they want to cut down on gluten or eliminate it from their diet, per the most recent numbers. Yet most people have no idea what gluten—a type of protein naturally found in wheat (including spelt, Kamut, farro, and bulgur), barley and rye—actually is.

Many are confused about whether they would benefit from cutting gluten and not sure what that even entails. Some believe they have to shun all carbs (they don’t). Others think that going g-free will make pounds melt away (in fact, you can gain weight if you don’t do it right). Here are the facts behind the most common misconceptions so you can make the right call for your waistline and overall health.

Health.com: How to Go Vegan and Still Get All Your Nutrients

Myth: Everyone needs to go gluten-free

Truth: Your body and symptoms should guide you.

There are two groups of people who absolutely must cut gluten. People who have the autoimmune disorder celiac disease need to strictly avoid it, because even small amounts cause their immune system to damage or destroy villi, the tiny, fingerlike outgrowths that line the small intestine. When villi get damaged, they can’t absorb nutrients properly, which can lead to pain and extreme fatigue. If you have celiac (which can be diagnosed with a blood test and biopsy of the small intestine), nixing gluten is the only way to reverse the damage and ensure you get the nutrients you need from food.

What if you test negative for celiac but feel crummy when you eat bagels, pasta and the like? You may have non-celiac gluten sensitivity (NCGS), which can cause rashes, bloating, mental fogginess, and fatigue. There is no universally accepted test for the condition, though, so if you think you have it, the only solution is to completely avoid gluten and monitor how you feel; consult a registered dietitian for help. (Adding to the confusion, it’s also possible to be allergic to wheat, which means you have an immunologic reaction that shows up through conventional allergy testing; you must drop wheat from your diet, but you may still tolerate gluten-containing foods like barley and rye.)

Myth: Cut it and your body will miss key nutrients

Gluten itself is a type of protein, and proteins can be obtained from many other foods, so it’s perfectly safe to forgo it, even if it doesn’t cause you any ill effects. A well-executed gluten-free eating plan can actually be a smart strategy for improving the healthfulness of your diet. It often means buying fewer processed foods and eating more fresh, fiber-rich fare; that step alone can translate to a better diet. Just be sure to sidestep the pitfalls—more on that to come.

Truth: Some people lose, some gain

Anytime you remove an item from your diet, there’s a danger that you will replace it with something that hurts your weight-loss efforts. It’s all too easy to load up on gluten-free junk foods, like cookies and chips, thinking you’re being virtuous. And some people start eating bigger portions, believing it’s all so healthy that it doesn’t matter (calories still count). Also, avoid swapping gluten-containing refined grains, like white pasta, for gluten-free refined grains, like white rice, which does nothing for weight loss. Trade up to gluten-free whole grains.

Health.com: From Paleo to Atkins: How Popular High-Protein Diets Stack Up

Myth: You will have to kiss carbs goodbye

Truth: It’s not a no-carb program

Potatoes, sweet potatoes, yams, squash, and pulses (beans, peas, and lentils) are all satisfying gluten-free foods. Snack on roasted chickpeas in place of white-flour pretzels; bake with garbanzo bean flour instead of all-purpose flour; toss veggies and lean protein with spaghetti squash instead of spaghetti.

Incidentally, these swaps can help up your intake of fiber and protein, provide a broader spectrum of antioxidants, vitamins, and minerals and streamline the calories. (Choosing spaghetti squash over whole-wheat spaghetti, for example, cuts more than 130 calories, much of it from 25 fewer grams of carbs.)

Truth: Quinoa, brown rice, and other grains are g-free

Happy news: You can still eat quinoa, brown and wild rice, buckwheat, corn, teff, amaranth, millet, and sorghum. Replacing refined grains that contain gluten with these gluten-free whole-grain alternatives should elevate your overall fiber and nutrient intake, as well as protect your health. Consuming more whole grains is tied to nearly 15 percent lower mortality, particularly from heart disease, per a 2015 Harvard study. Luckily, the swaps are simple: Make tabbouleh with quinoa or millet rather than bulgur; trade white pasta made with refined wheat flour for options made from gluten-free whole grains, like brown rice and quinoa; and switch out cream of wheat for teff.

Myth: You can’t ever cheat

Truth: You can be imperfect (unless you have celiac disease or NCGS)

Can you occasionally have a treat with gluten? That’s what people always ask me. They mention that a friend claims to be gluten-free but then breaks the restriction for a piece of crusty bread or slice of pizza. Here’s my take: If you’ve made this change simply to eat cleaner, then having a gluten-containing indulgence once in a while is fine, as long as it doesn’t trigger symptoms that make you feel unwell. If, however, you suffer from celiac or NCGS, you shouldn’t chance it. These days, fortunately, there are plenty of gluten-free ways to indulge.

Health.com: This Is How Much Protein You Really Need to Eat in a Day

Myth: Gluten is only in grains

Truth: Gluten may be in foods you wouldn’t suspect, added to thicken, fill, or stabilize a product

Because the FDA does not require makers to list gluten by name on ingredient lists, it can take some detective work to scope it out. But you can steer clear if you read the fine print. First, check for wheat, rye, and barley. Next, look for derivatives of these foods, such as bread crumbs, malt and brewer’s yeast. Surprising sources include:

You can find a more complete list at celiac.org. 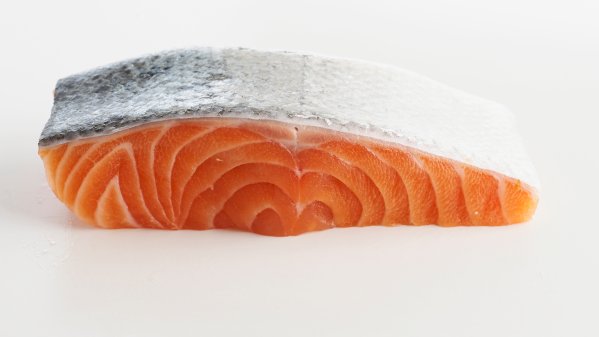 You Asked: What High-Fat Foods Should I Be Eating?
Next Up: Editor's Pick