Fitness trackers are ubiquitous, on the wrists and in the Happy Meals of thousands of Americans. But the latest evidence suggests that they don’t do much to motivate people to move more.

Turns out, it’s really hard to persuade people to exercise—even when they have access to how many steps they’ve taken, and even when they get paid for it.

In the new yearlong study, published in The Lancet Diabetes & Endocrinology, researchers randomized 800 people in Singapore who had a full-time job into four groups. Some wore a Fitbit Zip and were paid a small amount of money to get moving—which they were instructed either to keep or to donate to charity—while others didn’t wear Fitbits. Researchers measured their physical activity, weight, blood pressure, the body’s ability to use oxygen (called cardiorespiratory fitness) and their self-reported quality of life.

For the last six months of the study, all incentives were dropped, and people could choose whether or not to continue wearing their fitness trackers. (About 40% of people had stopped wearing it in the first six months anyway.)

The cash seemed to work at first. Those who were rewarded with cash did an extra 13 minutes of moderate-to-vigorous physical activity each week and added 570 steps to their daily counts. Raising money for charity had no effect. But once the monetary rewards stopped, so did the improvements.

By the end of the study, just 10% of people were still wearing the trackers. And only the Fitbit group had improved from where they started, getting 16 extra minutes of moderate-to-vigorous physical activity per week.

That small boost didn’t translate into any differences in the health outcomes the researchers measured. In fact, no group improved on those measures at either six or 12 months.

This isn’t the first scientific blow to wearables; a study in September found that when people were put on a weight loss program and told to either wear a device or not, those who wore one lost less weight, not more. John Jakicic, the author of that study and a physical activity researcher at the University of Pittsburgh, was not involved in the new Lancet papers, but he says the findings gel with his own.

Simply spitting out your stats and comparing them to what you should be doing isn’t motivating, research is showing. “We found that just giving people a device doesn’t necessarily mean it’s going to result in something you think it’s going to result in,” Jakicic says. “These activity trackers really don’t engage people in strategies that really make a difference in terms of long-term lifestyle change.”

For trackers to work, the interface and the feedback people receive need to get more sophisticated and refined, he says.

Even when wearables do help improve physical activity—every little bit counts, and an extra 16 minutes a week isn’t nothing, after all—it often isn’t enough to get the health benefits of exercise. “You get an improvement in the activity, but the threshold’s just not there,” Jakicic says. “I’m sure that there are some health outcomes that will benefit from an additional 16 minutes per week, but obviously it’s something that they haven’t looked at.”

For his part, Jakicic thinks that fitness trackers have promise as a fitness intervention. He even wears one—but more to geek out over things like step intensity and heart rate than to motivate himself to exercise. “The vast majority of people who purchase these things probably are fitness people,” he says. “I think the challenge is, how do we build these for people who are not into it, to help them to become more active? This data suggests that we need to do more than just give them an activity tracker. “ 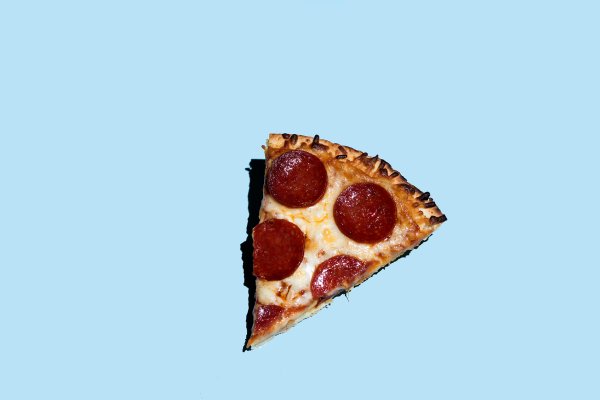 How Exercise Can Help Stop Your Food Cravings
Next Up: Editor's Pick