How Hollywood Is Helping Hillary Clinton

Hollywood has already given Hillary Clinton money, but now it hopes to deliver her votes.

A number of actors have taken to the campaign trail and the Internet to give the in-kind donation of their fame to get out the vote for the Democratic nominee. Actors who have appeared on politically-themed shows are especially popular in election season, in part because they seem more credible, like those TV doctors in the ad campaign for Cigna.

Members of the cast of The West Wing, which went off the air in 2006, will campaign together in Ohio this weekend, while Scandal stars Bellamy Young and Tony Goldwyn have hit the trail in Virginia. Tim Daly, who plays the husband of a fictional Secretary of State on Madam Secretary, one of Clinton’s favorite shows, stumped in Ohio, as will Sally Field, who won an Oscar portraying a union organizer.

Not every actor has an obvious political tie-in, though. Molly Ringwald stumped in New Hampshire, Don Cheadle headed to Colorado, John Lithgow went to Ohio, Sean Astin campaigned in Maine.

Republican nominee Donald Trump does not have a similar celebrity surrogate effort in place, though as a former star of The Apprentice and various national commercials over the years, he is a media celebrity in his own right.

Researchers at Washington State University found that celebrity endorsements can help engage younger voters, who tend to vote at lower rates. They also help get local news coverage, which is a valuable way to keep the campaign in front of swing-state voters who might not be paying attention.

Most Popular on TIME
1
Scientists: WHO Is Wrong About Airborne COVID-19 Spread
2
States Sue Department of Education Over Relief Funds
3
AIDS Patient Shows No Sign of Virus After Experimental Drug 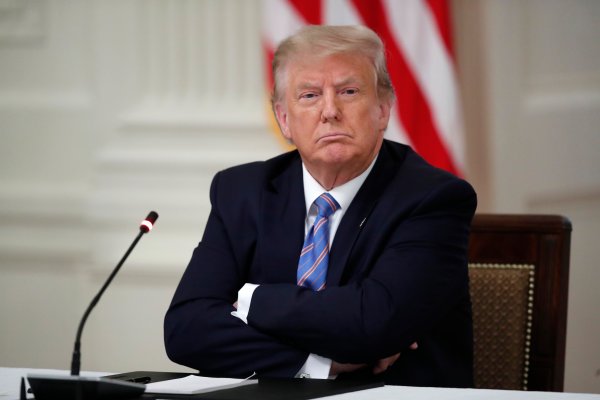