Everyone knows that salty and sweet together make the perfect treat, so the wizards at McDonald’s in Japan decided to put that information to use in concocting their latest novelty menu item: seasonal chocolate pumpkin fries. Yes, those are your classically delectably McDonald’s French fries — but this time drizzled with pumpkin sauce and chocolate sauce, for that properly Halloween-themed punch. Now you know: we are well and truly in the weeds of pumpkin season, folks.

While it’s unclear what the pumpkin topping is made of (or tastes like), there’s no doubt it’s a festive look. Japanese McDonald’s locations will start selling the specialty treat on Sept. 28, and they’ll leave stores on Oct. 31. This isn’t the first Halloween food that McDonald’s has tested out, either; in 2014, a burger with a black bun (dyed with squid ink) was also on offer in Tokyo, although it’s unclear if they’ll bring that back this year. It would be neat, though, to create the perfect spooky meal combo.

This also follows the introduction of Japan’s McChoco Potato in January, which apparently was enough of a success that it was worth tweaking the formula for the fall. 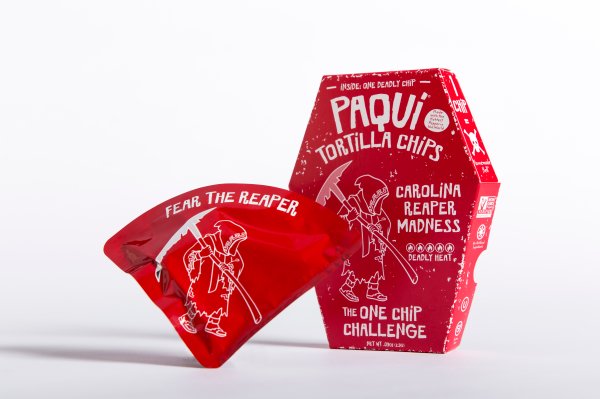 The 'World's Spiciest Chip' May Make You Cry
Next Up: Editor's Pick