I think most Americans would agree that liberty and freedom are the founding principles that guided this country’s formation. I think most Americans would say that power and control are a necessary part of living together in common. What’s needed is a balance among those concepts. How much should we give? How much should we get in return? If I let you take control of this, then what am I going to be able to do or get in exchange for giving that up?

For quite a while it seemed as if we had that balancing act down pretty damn good. We became a model for others to follow who wanted their own taste of freedom. We stepped in as needed to defeat imperialism, fascism, Nazism and various other aggressors who were anti-liberty. We were that proverbial beacon on the hill, that shining light.

What happened? How did we get here?

I don’t think America has lost its way; but I do believe there are those among us who would lead us astray.

Why do they want to do that? For many of the reasons I stated above—mostly, putting self-interest and the needs and desires of a few ahead of the common good.

Ultimately, the two major party candidates for the presidency—Donald Trump and Hillary Clinton tip the scales in favor of power and control, and against freedom and liberty.

How bad has it gotten? Not to the point where irreparable harm has been done, but far enough that we can’t let things go on like this any longer.

Common-sense principles applied to serving the common good: this is how we can restore our balance.

What frightens me is this: the imbalance between power and control, on one hand, and freedom and liberty, on the other, has become so obvious that only 19 percent of the American people trust their government to do what’s best for them. How are they going to feel when they have to choose between two candidates who have already demonstrated that they are politically and temperamentally authoritarian?

We don’t have to guess. We know.

How do we know? Because you are telling us right now in the polls. Not only that, you’re sharing your dissatisfaction on street corners, in bars, on Twitter, on Facebook, on other social media, on traditional media, on your smartphones, on your home phones, on radio talk shows, in your blogs, online, in line,24/7, seven days a week, twice on Sundays, with your friends, family and strangers. Some of you are shouting, some are whispering, some are swearing, some are crying.

And you know what?

Why are those rumblings out there? Because you don’t want to give them the control they want to take from you. You like your freedom, and you’re not going to give it up without a fight. That’s why things have gotten so nasty in our public discourse. Someone is trying to take from you something you love and treasure. You’re not going to hand it over quietly. You’re going to kick and scream.

Looked at from that perspective, is it any wonder there’s so much name-calling and mudslinging and finger-pointing and calling out this one’s bankruptcies and that one’s e-mails?

And now that we’re getting down to the end, people are even angrier and more dissatisfied. Why? Because while we have a multiplicity of choices in other spheres of life, our freedom and liberty are being limited by a system that has reduced our political choices to two: Republican or Democrat.

When I look into a future America shaped by a President Trump, I see a border wall. I see massive deportations. I see a sweeping ban on Muslim immigration and loyalty oaths required of all new immigrants. I see women going to jail for having abortions. I see mourning Muslim women ridiculed based on offensive stereotypes about their faith?” I see brutal police crackdowns on inner-city youth. I also see a cozy relationship with the world’s leading authoritarian, Vladimir Putin. (Well, I see that with Hillary Clinton too.) This is authoritarianism of the right, presenting itself as a defense of law and order and traditional values.

What about a future under President Hillary Clinton? Not looking very rosy. Here’s a brief list of how she’s exposed herself as an authoritarian who knows better than you do how to live your life:

How do you know an Authoritarian when you see one?

But what do I know? I’ll wait for someone to tell me what to think and believe.

Excerpted from Common Sense for the Common Good: Libertarianism as the End of Two-Party Tyranny, copyright © 2016 by Gary E. Johnson. First edition published Sept. 27, 2016, by Broadside, an imprint of HarperCollins Publishers. All rights reserved. 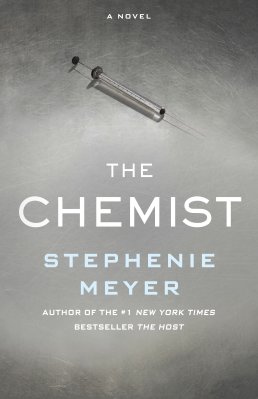 Exclusive: An Excerpt From Twilight Author Stephenie Meyer's New Novel The Chemist
Next Up: Editor's Pick