Entitled People Are More Likely to Be Disappointed by Life: Study

The next time you’re feeling bummed out or angry at the world, ask yourself if you’ve really been dealt a poor hand—or if, just maybe, you were expecting too much.

That’s one message that can be drawn from a recent study on entitlement, a personality trait characterized by exaggerated feelings of deservingness and superiority. Entitlement may lead to chronic disappointment, say researchers from Case Western Reserve University, and can throw people into a “perpetual loop of distress.”

The authors reached these conclusions after analyzing more than 170 academic papers, and published their results in the journal Psychological Bulletin. They found that people who possess high levels of entitlement consistently fall victim to a three-part cycle: First, they don’t always get everything they think they deserve, leaving them constantly vulnerable to unmet expectations. Those unmet expectations are then perceived as injustices, leading to volatile emotions like anger and sadness. Finally, to justify those emotions, entitled people reassure themselves of their own specialness. This helps them feel better temporarily, but ultimately starts the process all over again.

“Often times, life, health, aging, and the social world don’t treat us as well as we’d like,” added Grubbs, who is now a clinical psychology professor at Bowling Green State University. “Confronting these limitations is especially threatening to an entitled person because it violates their worldview of self-superiority.”

Along with perpetual disappointment, the consequences of entitled behavior can also include poor relationships, interpersonal conflicts, and depression, says co-author Julie Exline, PhD, a professor of psychological sciences at Case Western Reserve.

“So much of entitlement is about competition—being better or more deserving than other people,” she told Health.com. “It really pits you against society, and it can be very isolating.”

It’s not easy for true narcissists to see themselves for what they are, or to change their way of thinking—and the researchers haven’t yet come up with any type of “entitlement intervention,” Exline says.

But she does believe that, for many well-intentioned people, feelings of entitlement can be reigned in. “Conditioning yourself to think about other people and what they deserve—and also being willing to admit your own faults and weaknesses—can help you feel more connected to others,” she says.

“Being able to admit that, ‘Yes, I am special, but so is everybody else,’ may help you shift your mindset to one of gratitude, rather than one of entitlement,” she adds.

Exline says that even when people have humility in some areas of their lives, it’s possible to feel entitled in others. “For example, some people might be really entitled about academics, or about how they want their relationships to go,” she says.

She also points out that not all feelings of entitlement are wrong or bad: We shouldn’t just lower our standards or stop expecting things we truly do deserve, just so we can be happier. But if you do notice that you’ve developed an inflated sense of self—and it’s causing you to be irritated or not get along with others—you can definitely try to do something about it.

“If you’re having thoughts like ‘But I’m better than them,’ or ‘I deserve this more,’ try to challenge yourself to think about things in a different way,” Exline says. “Find a way that helps you still feel valuable, but connected to others rather than set against them in a competitive way.”

Health.com: This Is the Secret to Happiness, According to Yoga

This research has become increasingly important, Exline says, as rates of entitlement have risen sharply in the United States in the last 50 years. At the same time, she notes, anxiety and depression rates have gone up too. “These attitudes are more pervasive in our society,” she says, “but it’s not like they’re making us happier.” 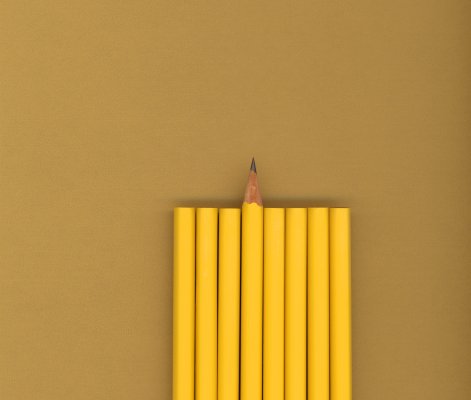 5 Ways Being a Perfectionist Is Holding You Back
Next Up: Editor's Pick