Bill Clinton Plays With Balloons Again on The Daily Show

The Internet melted with joy back in July when it witnessed what happens when Bill Clinton is put in a room filled with balloons, at the end of this year’s Democratic National Convention.

Happily, Clinton got to relive the experience on Thursday’s The Daily Show, when host Trevor Noah decided to end his interview by showering the 42nd U.S. President with a bunch of balloons. He was in New York for the final Clinton Global Initiative summit.

The pair talked in depth about the presidential election, in which his wife Hillary is the Democratic nominee, as well as the divisiveness of U.S. politics and the Clinton Foundation’s work.

Clinton said though he thinks the U.S. has become more tolerant, American society has become more divisive. “We’re siloed in the TV shows we watch, the website we scan, everything … we don’t want to be around anybody that disagrees with us,” he said.

When asked by the South African comic if he would “get afraid sometimes when [he sees] the hateful rhetoric” of the campaign, the former President said that he does, and talked about his rural, white working-class upbringing.

“I am a product of what is supposed to be [Republican nominee Donald Trump]’s base,” he told Noah.

“The only way to soothe people’s pain is to give them a positive response that constitutes answers not anger, and empowerment not resentment,” Clinton added. 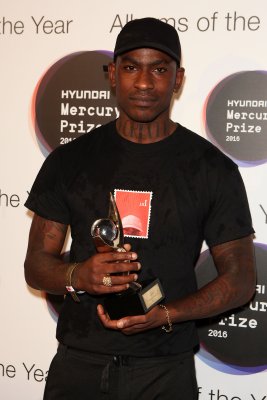 Skepta Beat David Bowie for One of Britain's Top Musical Honors
Next Up: Editor's Pick