You Asked: Should I Be Nervous About Lab-Grown Meat?

Major restaurant chains like McDonald’s and Chipotle have taken steps to remove GMO produce or antibiotic-laden meat from their menus, and soft drink makers like Pepsi have swapped high fructose corn syrup for sugar. It’s not clear if there are actual health benefits tied to all of these changes. But there’s no question that health-minded consumers are demanding more “natural” foods (though even the term “natural” has proved tough to nail down).

Considering the current zeitgeist for simple, unadulterated foods, the concept of lab-grown beef, chicken, pork or fish might seem out of touch. But while unanswered questions remain, there are reasons to be excited about artificial or “cultured” meat, the term favored by those who produce it.

Scientists are working to grow meat in a lab in several ways. Currently, one of the most advanced techniques involves taking muscle-specific stem cells from real cows and coaxing those cells to form fibers of muscle tissue, explains Dr. Mark Post of Maastricht University in the Netherlands. Those fibers can then be assembled to form a hamburger patty, he says. (Cultured steaks are “technically possible,” he adds, but they’ll require more advanced technology.)

Post and his team made headlines back in 2013 when they unveiled a $331,000 lab-grown burger. (The verdict from taste-testers: Not there yet.) Since then, he and several private companies have moved the ball down the field in terms of bringing affordable cultured meat to market.

“My educated guess is that we’ll see the first [commercially available] products five to 10 years from now,” says Shaked Regev, executive director of the Modern Agriculture Foundation, a non-profit working to advance the science of cultured meat.

Post is even more optimistic. He says he expects $10 cultured meat burgers on the market in the next four to five years, and “supermarket priced” cultured beef within 10. In a video on his lab’s website, he also says there are, so far as he can tell, “no health concerns” with lab-grown meat.

“Cultured meat is not genetically engineered,” he says. “It is meat grown from the same cells that produce the meat in the cow, but this time outside the cow.” He believes that cultured meat shouldn’t be any better or worse for you than old-school animal flesh.

For his part, Regev believes cultured meat may actually be healthier than traditional meat because its production shouldn’t require the use of antibiotics. The CDC says the use of antibiotics “allows antibiotic-resistant bacteria to thrive,” and these resistant superbugs may cause hard-to-combat infections or illnesses in people.

Eliminating animals from the equation should also remove the risk of salmonella or other bacterial contaminants, Regev says. It could also be possible for cultured meat makers to adjust their products’ fat-to-protein ratios or otherwise tweak the meat’s nutrient profile in beneficial ways. But considering the ongoing debate about the health impacts of animal fat—including saturated fat—the potential benefits of this sort of meat manipulation are yet unknown.

Human health aside, the environmental impact of shifting meat production from the ranch to the lab is compelling. Estimates from the United Nations suggest worldwide meat consumption will jump nearly 10% between now and 2030, when the average person is projected to consume 100 pounds of meat per year. Livestock already account for more CO2 emissions than automobiles, according to another UN report, and some estimates have found that growing meat in a lab could cut down on the land and water used for meat production by 90% or more. Post says cultured meat would reduce deforestation and the land used for livestock, as well as the methane gas cows produce.

But an analysis from several American universities concluded a large-scale switch to lab-grown meat would come with environmental trade-offs; one concern is the amount of heat and electricity required to produce cultured meat on a massive scale.

“The short answer is that the environmental impacts of cultured meat as compared to traditional meat could be mixed,” says Carolyn Mattick, coauthor of that analysis and a researcher with Arizona State University’s Global Institute of Sustainability. While there are too many unknowns to say for certain, the global warming potential of cultured meat may actually be greater when it comes to pork and poultry, though smaller for beef, Mattick says.

One thing seems clear: Unless vegetarianism catches on in a very big way, the world’s demand for meat will soon outpace our supply of cows, chickens, pigs and other edible animals. The health and environmental impacts of cultured meat aren’t going to be hypothetical for much longer. 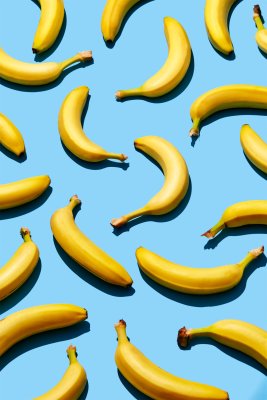 6 Prebiotic Foods You Should Add to Your Diet
Next Up: Editor's Pick