The Story Behind the Iconic WWII Kissing Photo

The woman photographed in the iconic picture of a World War II sailor kissing a nurse died Thursday at the age of 92.

Greta Zimmer Friedman, identified later as the nurse in the photo, became the subject of perhaps the most iconic photo taken on V-J Day on Aug. 14, 1945. Taken by photographer Alfred Eisentaedt, the picture captured the jubilance people felt upon the war’s end.

The photo, published in LIFE, caught the U.S. at a moment of pure relief and represented people letting go of their inhibitions. An examination of that day in 1945 reveals how people celebrated:

As the photo drew fame over the 20th century, rumors swirled over the identities of the kissers. Many people also view the photo as depicting sexual assault, and not something to be celebrated.

Friedman was a 21-year-old dental assistant, out in Times Square when news of the war’s end broke. George Mendonsa, who in 2015 confirmed he was the man in the photo, saw Friedman for the first time, spun her around and kissed her.

“It wasn’t that much of a kiss,” Friedman, who came forward as the woman in the photo years later, said in a 2005 interview with the Veterans History Project. “It was just somebody celebrating. It wasn’t a romantic event.” 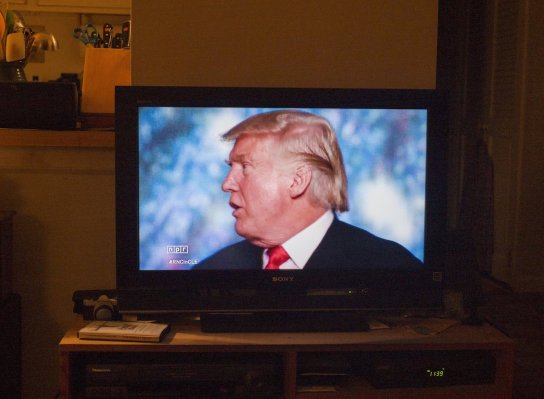 One Difference Between Donald Trump and Outsider Candidates of the Past
Next Up: Editor's Pick