Statins have been a major boon to treating the leading cause of death among Americans, heart disease. The drugs, almost all of which are now off patent and available for as little as a few dollars a month, not only lower cholesterol in the blood but may control levels of inflammation that can contribute to heart attacks and stroke.

In a new review of the evidence on statins’ effectiveness, researchers led by Rory Collins, professor of medicine and epidemiology at the University of Oxford, report in the Lancet that concerns about the side effects of statins may be overblown, and that appreciation of the drugs’ benefits are under recognized. Not all experts agree, and researchers writing in the BMJ argued that the side effects of the drugs were downplayed in the Lancet study, calling for more and better studies to understand their potential adverse effects. Collins makes his case based on a review of the most rigorous data available so far.

“There seemed to be a lot of confusion, particularly around the alleged side effects of statins,” says Collins. “There is a claim that 20% of patients given statins claim to be statin intolerant.”

Statin intolerance is a known but rare adverse effect of the drugs; early studies found that some people taking them developed muscle weakness that could develop into severe degeneration of muscle tissue that then damages the kidneys and other organs. But after a popular statin, Baycol, was voluntarily removed from the market in 2001 after reports of nearly three dozen deaths linked to muscle disorders, concerns about the side effects grew, and the Food and Drug Administration (FDA) in the U.S. revised labels for some statins to reflect the potential risk and advise doctors and patients to stay within recommended doses to avoid muscle problems. Doctors also began discussing the possible muscle side effects with patients before prescribing the drugs, which Collins says may have subliminally caused some people to think they had muscle pain which they attributed to the drug.

It’s possible, however, that people who are prescribed a statin may also begin exercising, since their doctors likely discussed their heightened risk of heart attack, and some of the perceived muscle pain was due to soreness. Studies that reported as many as 20% of statin users reporting muscle pain were also observational, which meant they relied on reports from patients. In the more gold standard trials that compared people on statins to those on placebo and their reports of side effects, those taking the drugs did not report any significantly higher rates of problems than those on the dummy pills. “When doctors say, ‘Look, you can get muscle problems with these drugs, and if you get them come back and we’ll test your blood, lo and behold patients came back and said, I’ve got some aches and pains,” he says.

In reviewing the available data, Collins says statins reduce risk of heart events by about 25% for each unit drop in cholesterol levels, each year the drugs are taken, compared to people not on the medications. He calculated that for people who have already had a heart attack or heart disease, taking statins over five years would lead to 10% fewer heart events while those who are at high risk of having a heart attack but haven’t had one yet would enjoy 5% fewer events over that time.

Collins says that the adverse events associated with statins are real — people have reported not just muscle problems but some memory issues and diabetes as well. These are rare, and while the diabetes risk is the most concerning, doctors need to balance these side effects with the real dangers of heart attack, stroke and other heart-related problems if people don’t take statins and their cholesterol levels remain high.

These risks are especially important for people who might not have heart problems yet, but whose doctors are discussing starting them on statin therapy. The new American Heart Association-Amercian College of Cardiology guidelines, for example, recently expanded the group of people who might be eligible for these drugs. For them, since they are otherwise healthy and not experiencing heart disease symptoms, the threshold for risk in the form of side effects should be higher, say some experts. They disagree with Collins’ interpretation of the data and call for better studies documenting the risk more rigorously.

The FDA, for one, has noted the risk of side effects with its requirement that labels on statins alert doctors and patients to them, noting that they are rare and that regardless, doctors should monitor people taking statins carefully.

Collins says that pharmaceutical companies have provided funding and drugs for his studies, but the University of Oxford retains all of the data and designed and conducted the studies independently. The university also has a policy of not accepting honoraria or consultancy from the pharmaceutical industry. 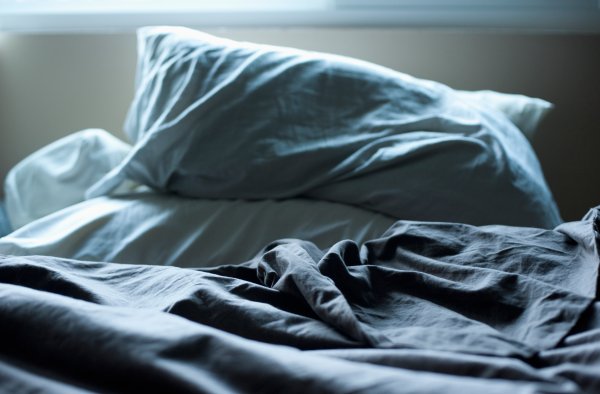 Does Sex Raise Heart Attack Risk In Older Men?
Next Up: Editor's Pick