Review: Clint Eastwood's Dutiful Sully Is Too Heavy for Liftoff

Attention passengers: From the moment it was announced, Sully could be described in one word: Inevitable. A big-effects feature about hero pilot Chesley “Sully” Sullenberger? Directed by Clint Eastwood? Starring Tom Hanks? Of course. Hollywood was never going to let the beloved Sullenberger go to his grave without making him the fulcrum of a film; the age-appropriate Hanks represents all things right and American; Eastwood is naturally drawn to the lone gunslinger who shoots from the hip – or in this case, the airline pilot who, in 2009, improvised an emergency landing on the Hudson River from which everyone walked away.

Inevitable is how Sully feels. That, and a little soggy, given that the storyline is rooted not in the few seconds of Sullenberger’s defining act of heroism, but in the way his conscience, and the National Transportation Safety Board, plagued him in its aftermath. The film has some impressive special effects – very few know what a landing in the Hudson looks like, and the FX team behind Sully delivers a convincing rendition. So does Hanks, re: the not-so-complicated Sullenberger. But the film also feels very much like it’s circling the airport, maybe in the rain.

What’s really ticklish about this adaptation of the Sully story – Todd Kormanicki’s aeronautically challenged screenplay is based on Sullenberger’s memoir Highest Duty: My Search for What Really Matters with Jeffrey Zaslow – is how much clearance it provides for running a metaphorical 747 into an Eastwoodian vision of contemporary America. As played by Hanks, who’s working with Eastwood for the first time, Sullenberger is virtue personified. He’s devoted to his wife back home, Lorrie (Laura Linney, delivering virtually her entire performance into a phone). He’s devoted to duty: The movie’s most moving sequence is the river rescue by ferry boat, NYPD divers and helicopters, an outpouring of New York City camaraderie and teamwork during which Sully makes sure he’s the last one off the sinking fuselage. At the same time, the veteran flier’s not totally convinced of his own good judgment. No, he tells anyone who asks, the plane would not have made it back to LaGuardia. He had to use the river as a runway. All the NTSB flight simulations and computerized post-mortems are incorrect.

And yet, he asks himself, what if he’d been wrong?

The dreams that plague him – the film’s opening scene is inside Sully’s sweaty nightmare of the star-crossed Flight 1549 going down in flames onto lower Manhattan – will probably come as a surprise to those who casually followed the story in the news. So will the attack on the “Miracle on the Hudson” launched by investigators for the NTSB. Eastwood directs his investigative panel, which includes the estimable Jamey Sheridan, Mike O’Malley and Anna Gunn, as bureaucratic pit bulls eager for a kill, anxious that their state-of-the-art machinery prove the flesh-and-blood human wrong, and that no, the left engine wasn’t killed by the flock of geese that disabled other engines but could have provided enough thrust to get the U.S. Airways flight safely to an airport. Their smirking contempt for the Flight 1549 team, which included co-pilot Jeff Stiles (a solid Aaron Eckhart), is followed by a spineless genuflection toward Sully once his judgment is exonerated. Stirring dramas needs craven villains and, for Eastwood, employees of the federal government will do just fine.

Similarly, the media. Lorrie Sullenberg, back home in California, sees her front lawn overrun by slavering hordes of camera people and God knows what—TMZ reporters lurking in the bushes! The reaction of Sully is to treat this as a huge invasion of privacy, an affront to decency—if not an alien invasion. In a way it is. But wasn’t Sully being acclaimed a national hero? Didn’t everyone want to know everything about him? The knee-jerk treatment of the press, as a plague on America, conveniently leaves out any culpability for the America that was glued to its screens, hungry for what it could learn about the most amazing feat of aviation anyone could remember. As one character says (and we paraphrase), it was the best news to hit New York in years — especially involving airplanes.

The calamity of 9/11, though it occurred eight years prior to the events of Sully, haunts the movie, rightly: The image of an aircraft coming in low along the skyline of New Jersey was all too reminiscent of the day the towers came down; Eastwood seems to take great care not to create any shot that directly resembles the images we all have of 9/11, but the memory of that day is reflected in the eyes of random characters, as Sully negotiates the George Washington Bridge and the West Side of Manhattan and comes to rest splashily stop the frigid waters of the Hudson (it was January, after all). It’s difficult not to read a subtle message in all this, about the less-than triumphal war on terror and the director’s dissatisfaction with the way America is heading. The lessons of Sully overall are more obvious, almost Randian — that an individual who acts courageously and defies convention, however successfully, can expect to have the powers-that-be come down on his head. It’s quite a message, one a bit too heavy for liftoff. 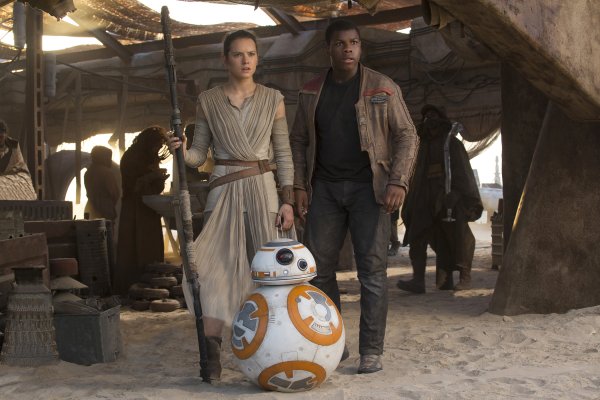 See the Amazing Special Effects Used in the Making of Star Wars: The Force Awakens
Next Up: Editor's Pick