Just in time for the start of September, Starbucks has released its Pumpkin Spice Latte. The iconic drink became available at the company’s stores nationwide Thursday, marking the unofficial beginning of fall.

Starbucks has sold 200 million PSLs since the cinnamon-y sweet coffee was first introduced in 2003, making it the most popular seasonal beverage ever, according to a Starbucks spokesperson. This year, it will be sold alongside the Chile Mocha, a new limited time offering that will debut on Sept. 6.

The launch comes one day after McDonald’s brought back its McCafe Pumpkin Spice Latte for the first time in three years and three after the return of Dunkin’ Donuts pumpkin-flavored coffee. However, it’s a week earlier than the 2015 date customers were able to get their hands on the drink. 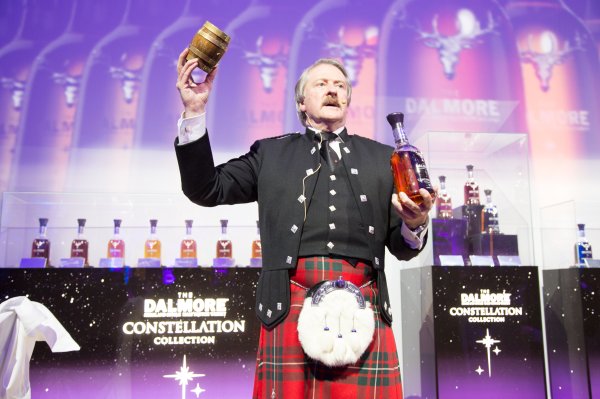 Meet the Master Whisky Distiller Commonly Called 'The Nose'
Next Up: Editor's Pick