Watch Britney Spears Make a Triumphant Comeback at the 2016 VMAs

In 2001, Britney Spears performed at the VMAs with a Burmese python draped around her shoulders. In 2003, she shared an unexpected smooch with Madonna. And after tonight, 2016 will go down as the year she gloriously returned. After a decade away from the VMAs stage, Britney came back to perform “Make Me…,” the lead single off her new album Glory, which dropped just days ago.

The song, which features a verse from rapper G-Eazy, is a sultry anthem of sexual empowerment—or at least, of commanding one sexy dude to make sure sexy things come to fruition for her in the bedroom. The performance, which also included a brief segue into G-Eazy’s 2015 hit “Me, Myself and I,” saw Spears in a neon yellow sequined leotard and over-the-knee kinky boots, writhing on the floor “Slave 4 U”-style and flipping her hair like she was under direct orders from Willow Smith. 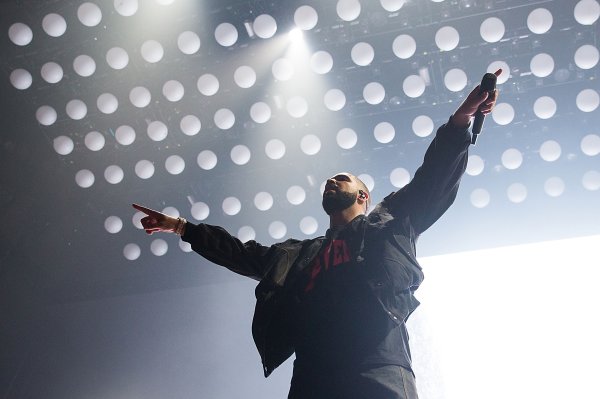 The Internet Has a Lot of Thoughts About Drake Being 'Stuck in Traffic'
Next Up: Editor's Pick